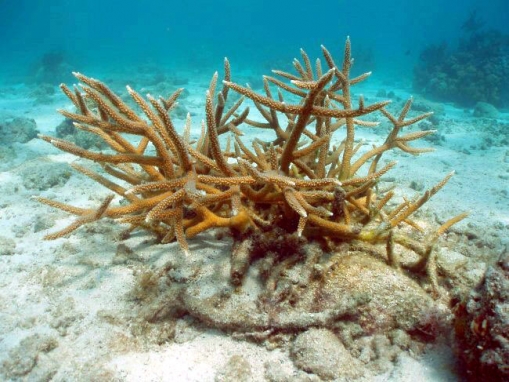 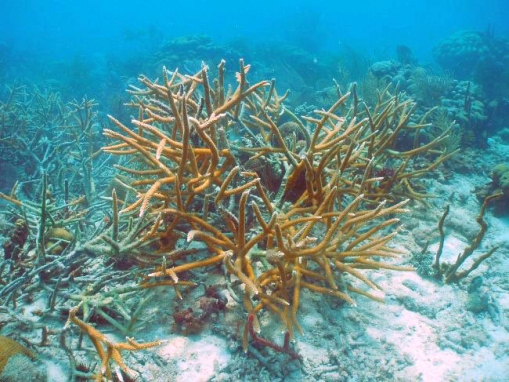 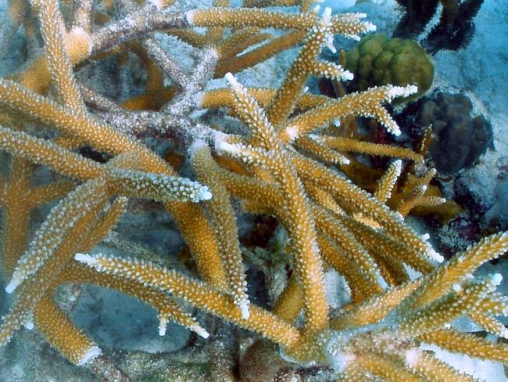 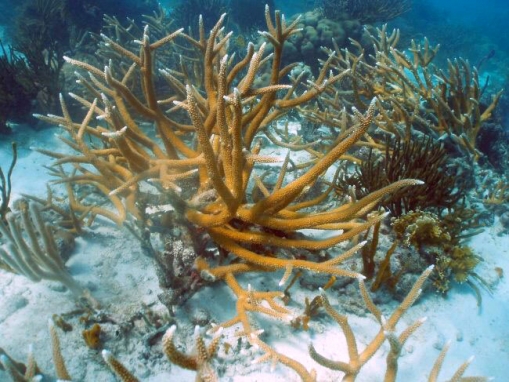 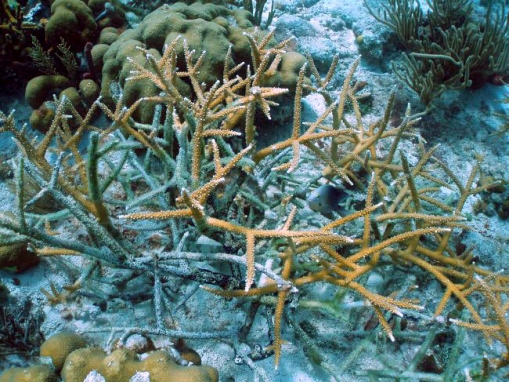 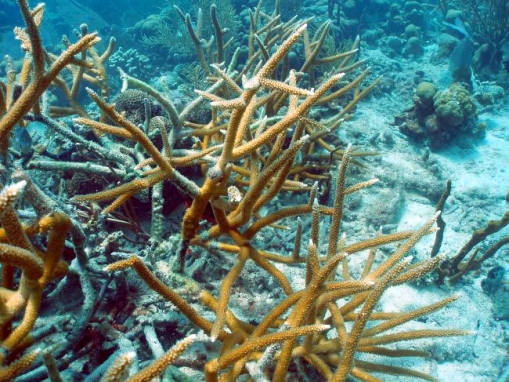 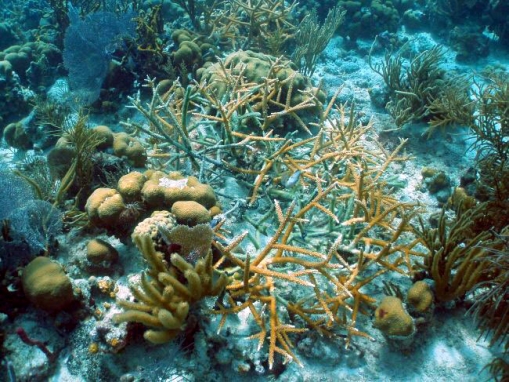 (Lamarck 1816)
This coral is now uncommon, though it is probably the most common of the two ’staghorn’ corals in many parts of the Caribbean region.

Branches can be over 1 m long and are slender, and colonies are usually loosely packed or ‘open’. Branches are round in cross-section, and sub-branches emerge nearly at right angles. The colony as a whole is much more open and loosely packed than Acropora prolifera, with which it may be mistaken.

Found in a wide range of depths. Living colonies are yellow, brown or golden in colour. Very often, clumps have dead basal parts to the branches.