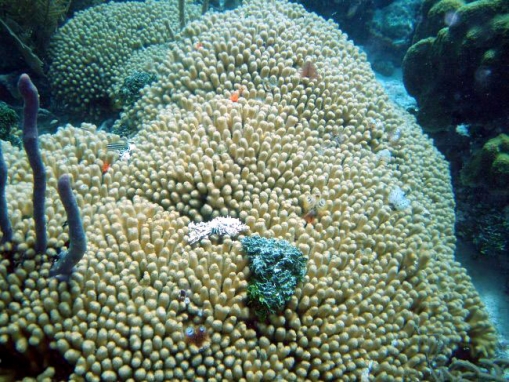 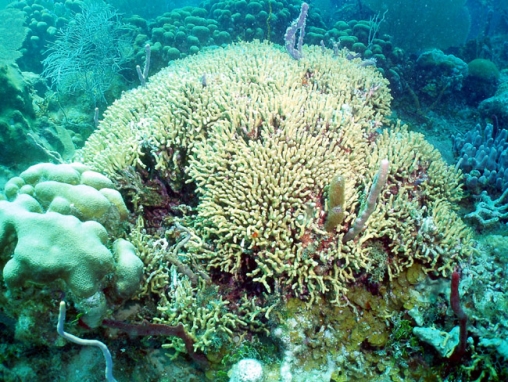 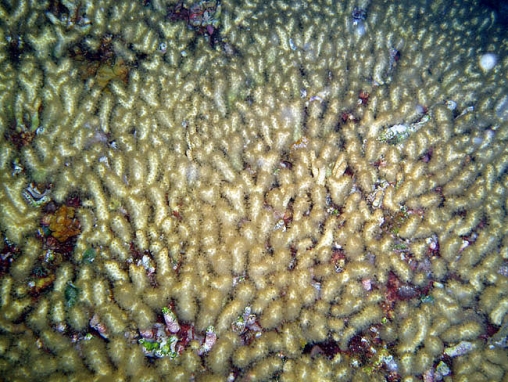 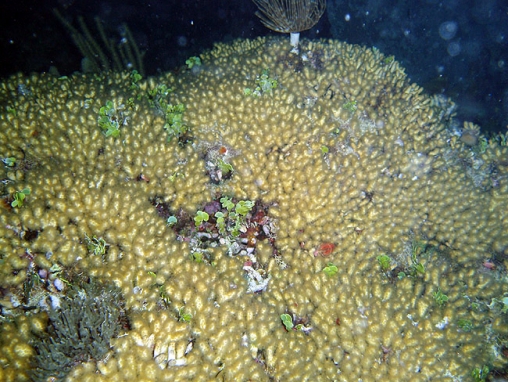 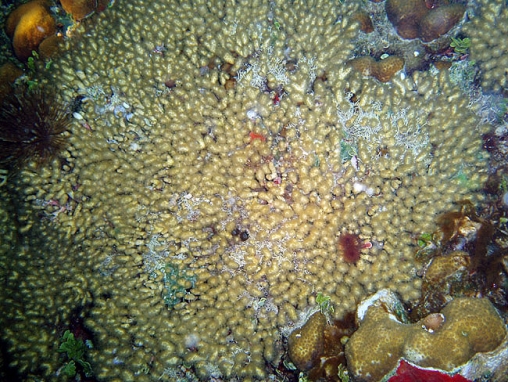 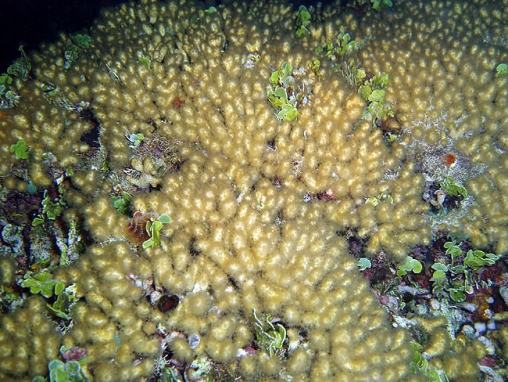 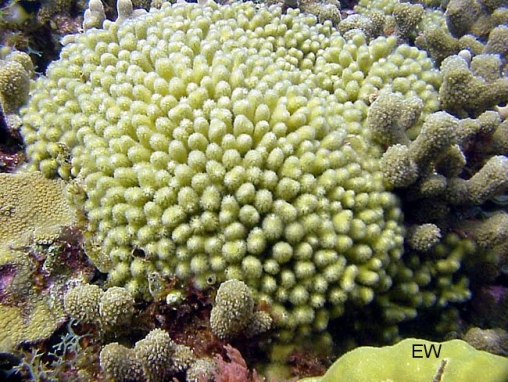 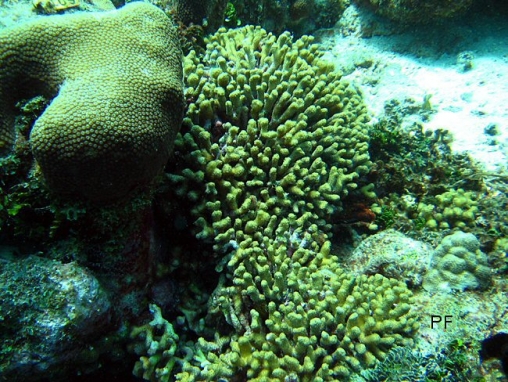 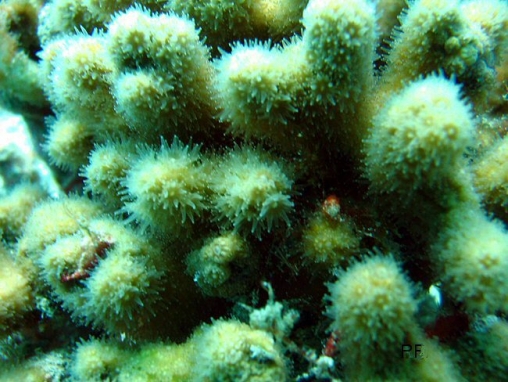 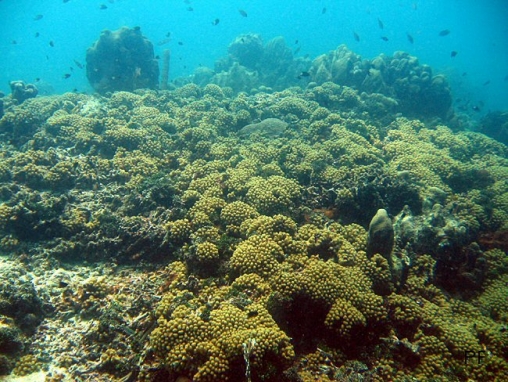 (Locke, Weil & Coates, 2007)
The name Madracis miriablis (or miriabilis with extra ‘i’) is very widely used.

Colonies are branching with densely packed fingers, each of which is relatively fragile. Colonies may cover several square metres.

Colour is pale yellow, and pale polyps are commonly extended in daytime as well as at night, giving a fuzzy appearance to the colonies.

The taxonomic name (but not the species) has been contentious, with some urging retention of the well used name mirabilis.