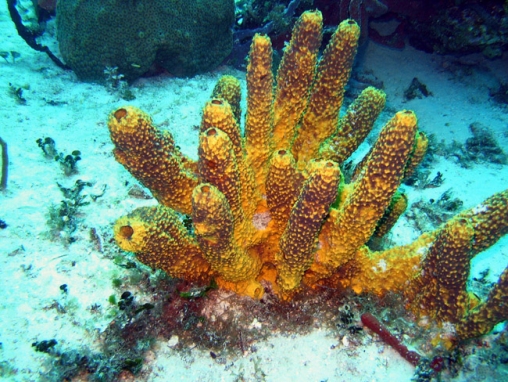 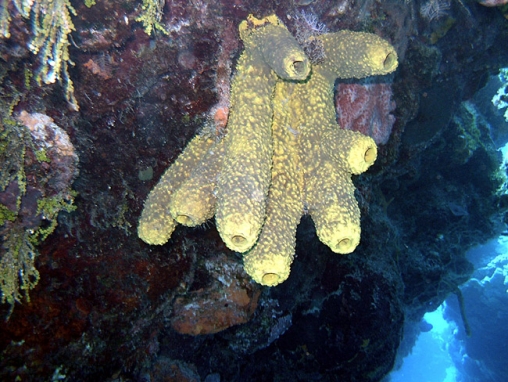 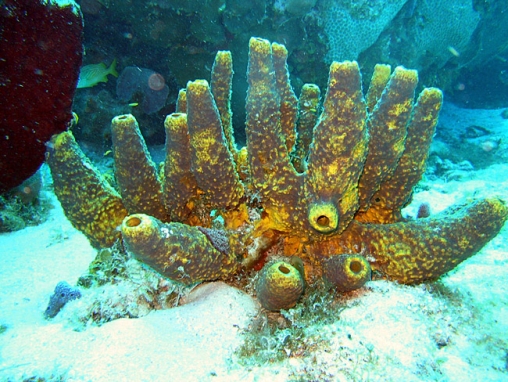 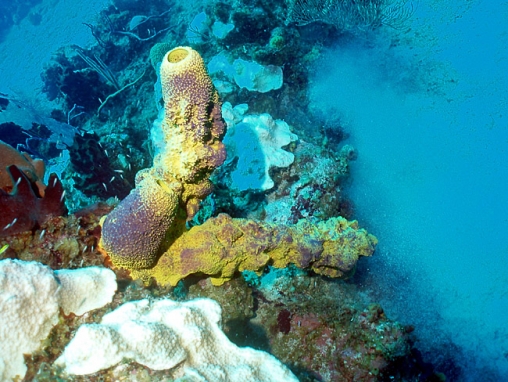 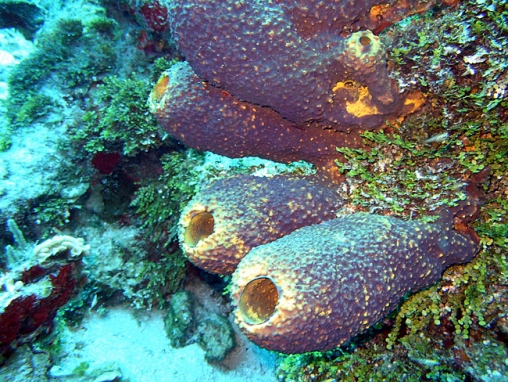 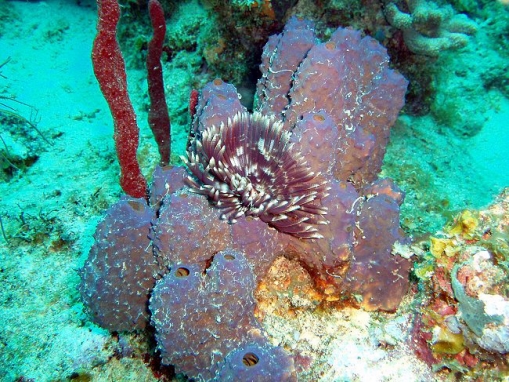 Photo 1 of 6
Aiolochroia crassa B(Hyatt 1875)
See notes for all three forms shown here as A, B and C. These may all be the same species, although in the eastern Caribbean at least there are three clear morphotypes. This form develops distinct tubes.

It is a large tube sponge which commonly is bi-coloured, mainly purple and yellow, with either colour dominating. The interiors of the tubes are generally yellow. An important character is that its opening is relatively small compared with most tube sponges.

Its surface is covered with numerous small bumps or pyramid-shaped small spines, giving a rough texture.