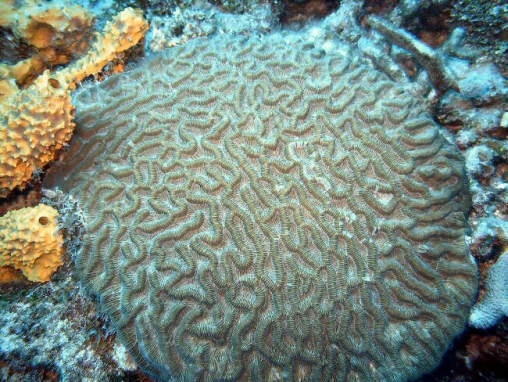 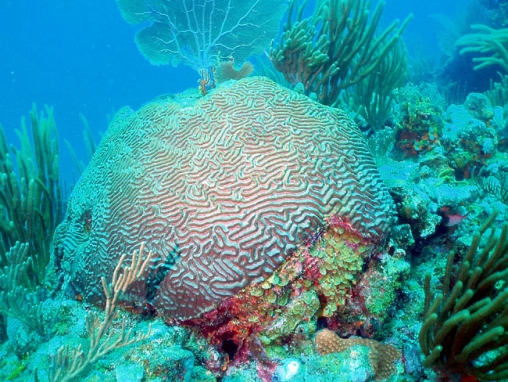 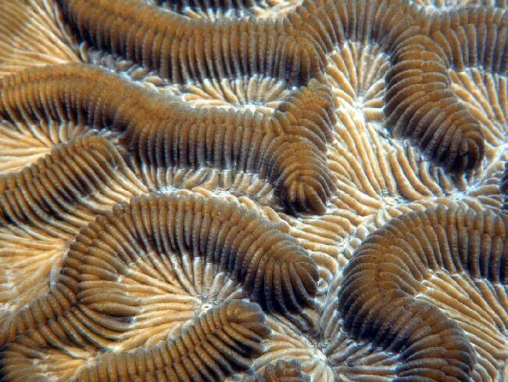 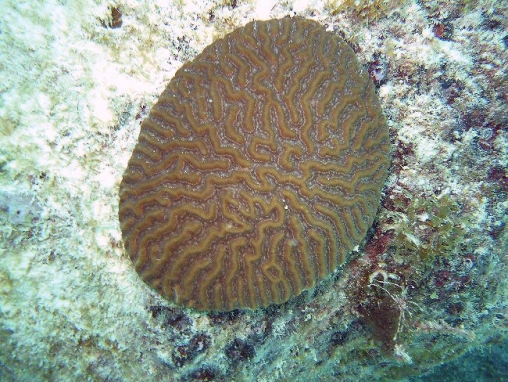 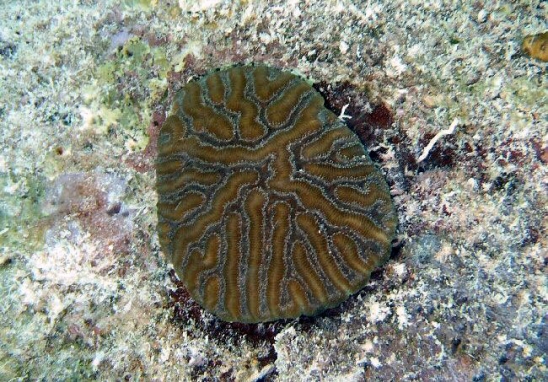 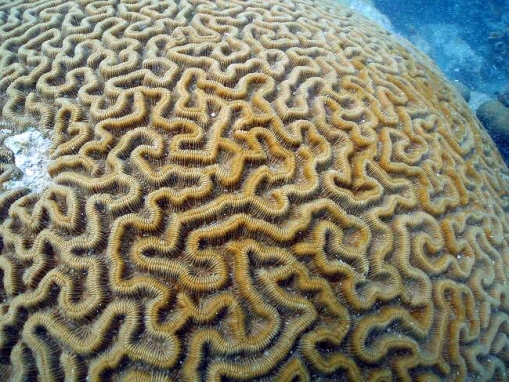 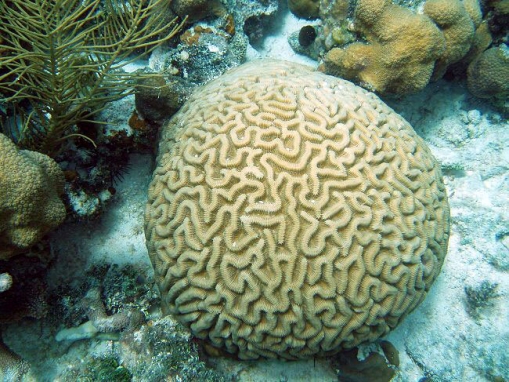 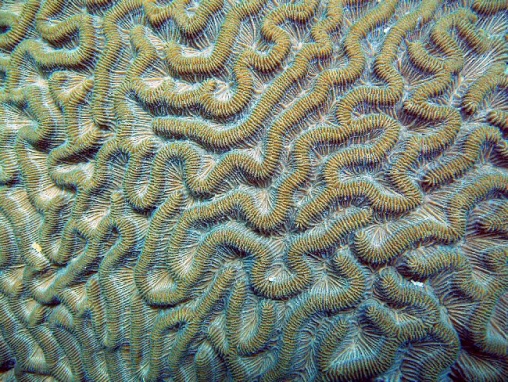 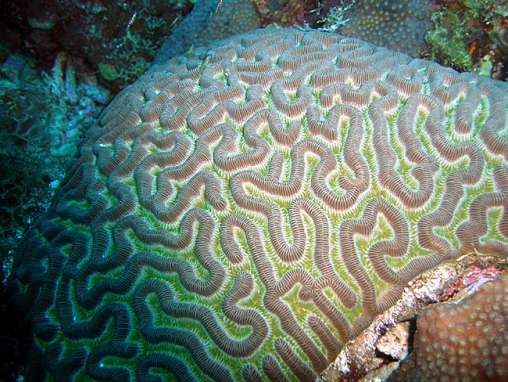 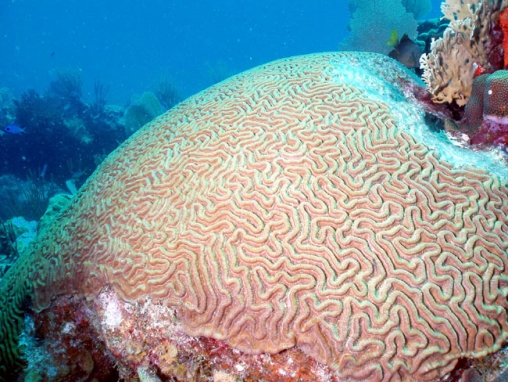 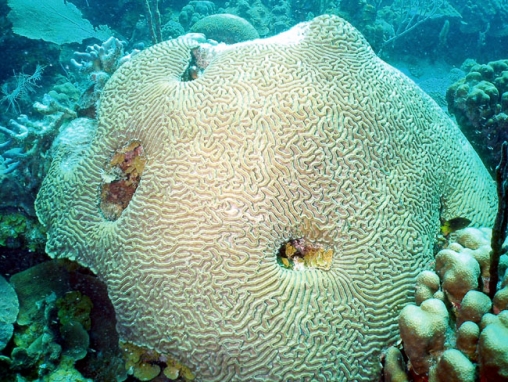 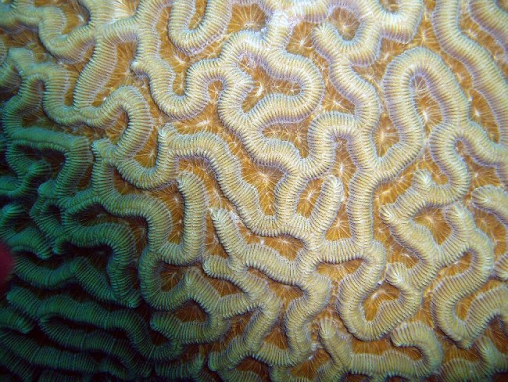 (Houttuyn 1772)
This is a very large, meandroid or brain coral whose colones may exceed I metre across. Its valleys may extend the entire width of colonies, or be subdivided into shorter series. The valleys and walls are broad and may be 2 cm wide, which distinguishes this brain coral from the Diploria species which are narrower. Walls commonly have a groove running along their tops. There is a sharp break between the wall and the valley floor.

Another reported species, C. breviserialis, has very short valleys and even single centres. Some authorities regard this as being the same species.