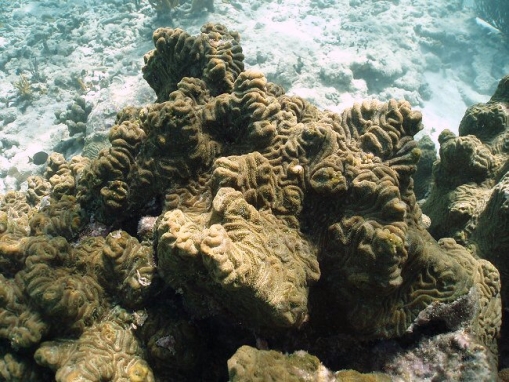 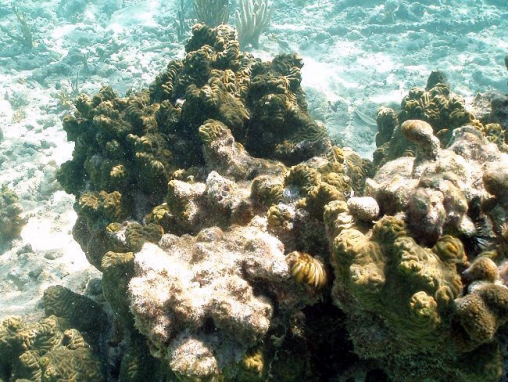 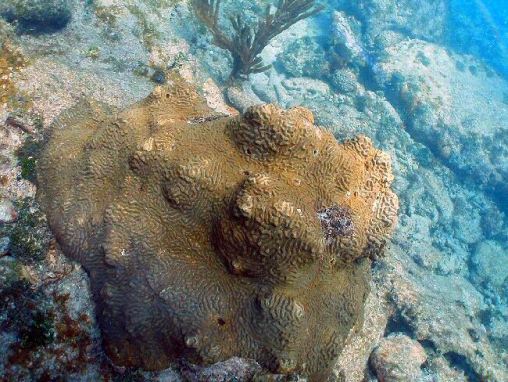 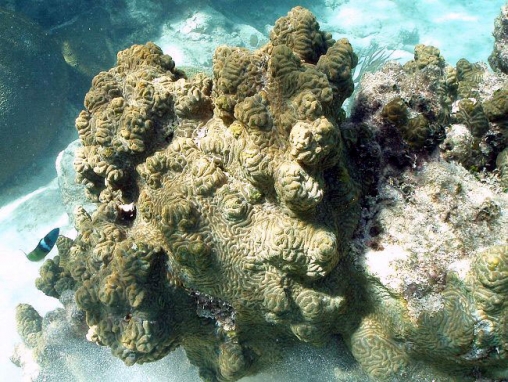 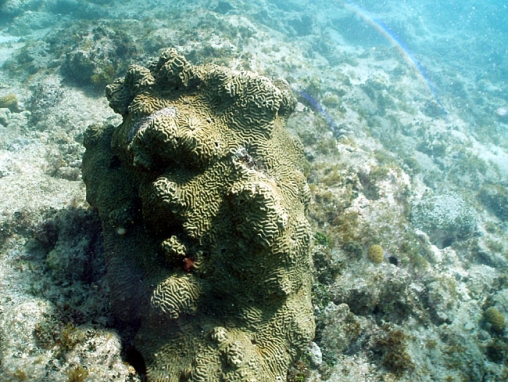 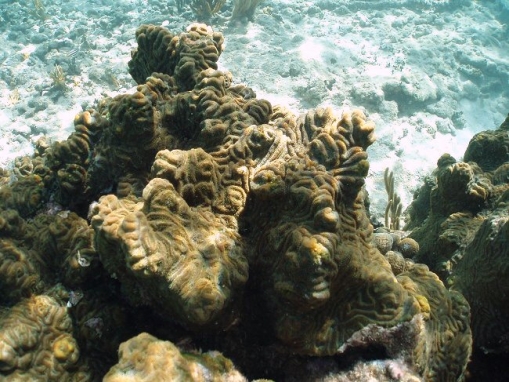 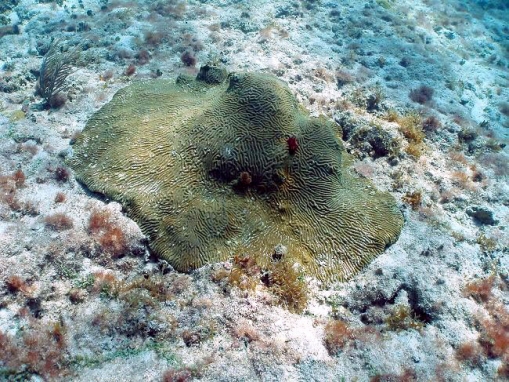 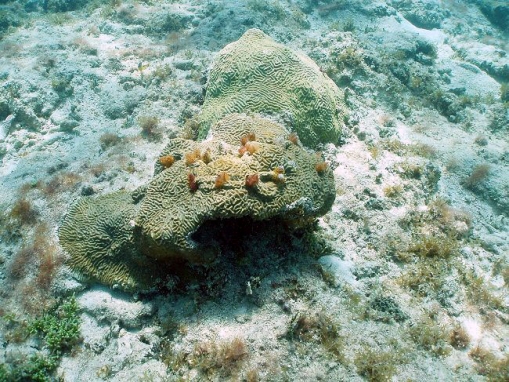 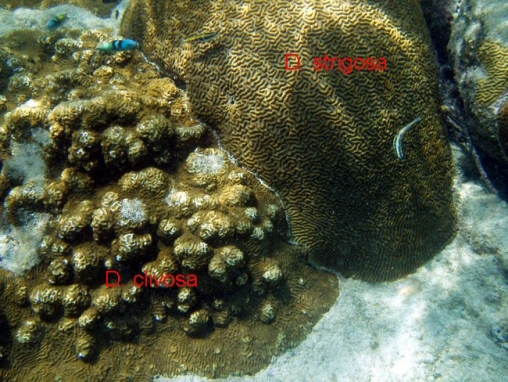 A brain coral, with long meandering valleys. The colonies have convoluted, knobbly surfaces, not smoothly domed, and this feature distinguishes this species clearly from Diploria strigosa. There is no groove along the tops of the walls. The walls have steep sides, which also helps to distinguish the species from D. strigosa whose ridges are rounder.

This species lives in shallow areas.

Some of these photos show both D. strigosa and D. clivosa together for comparison.