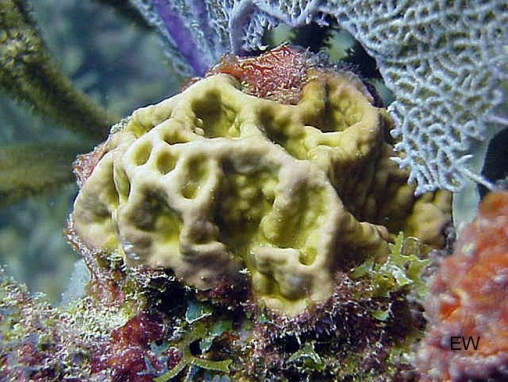 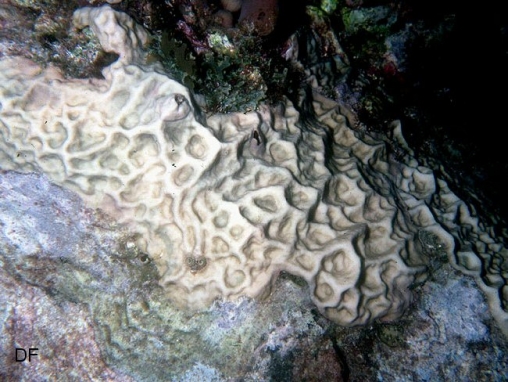 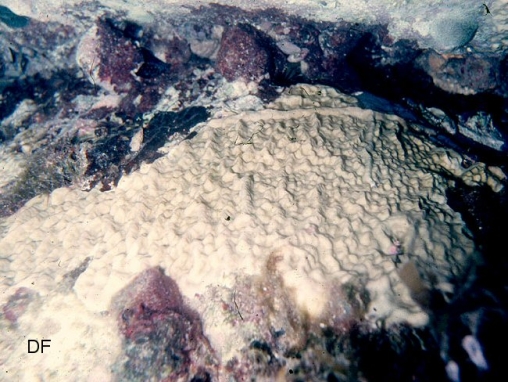 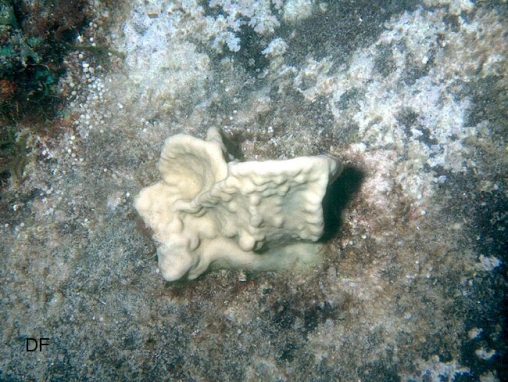 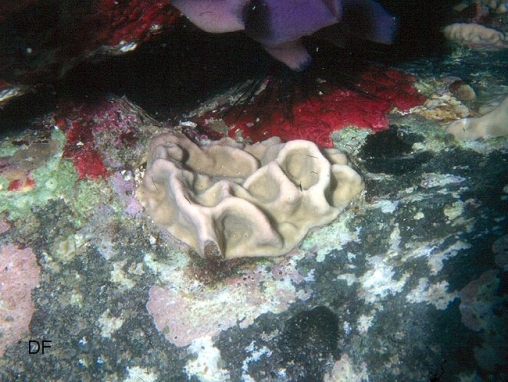 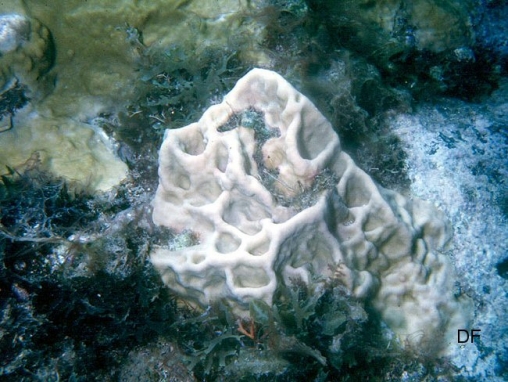 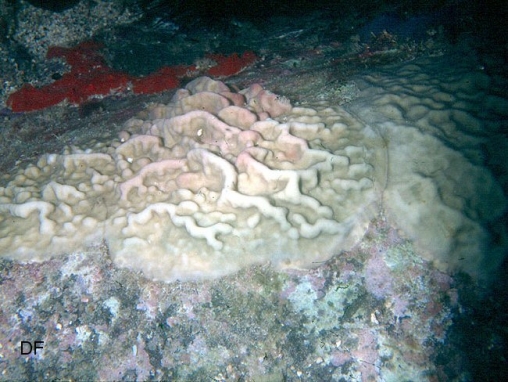 (Lamarck 1816)
This is a thin massive, encrusting or lumpy species, without branches or substantial upward projecting plates. A characteristic feature may be thick walled, box-shaped stuctures or inclusions.

Also the colour is tinged pinkish in many colonies so it looks very different from the golden-brown or yellow of the other three species. One authority adds that this species does not appear to impart the same strength of sting that other Millepora do.