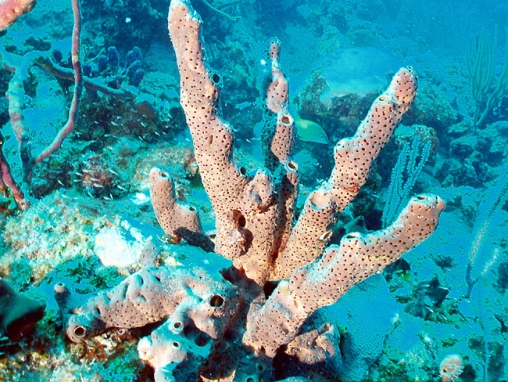 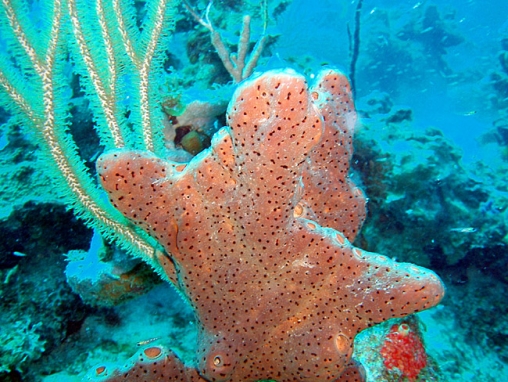 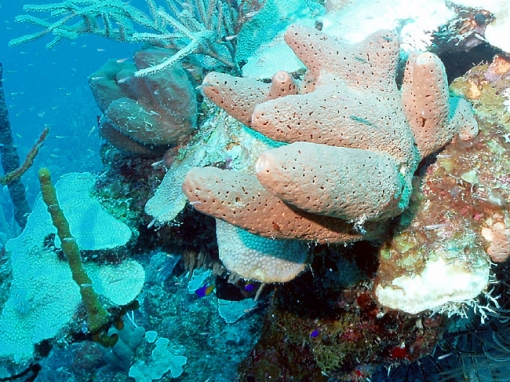 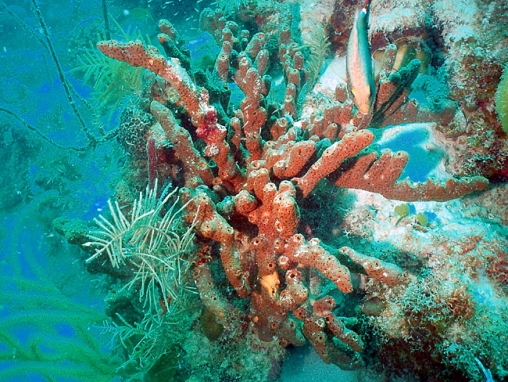 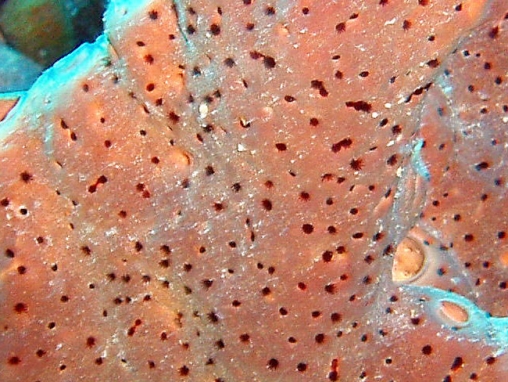 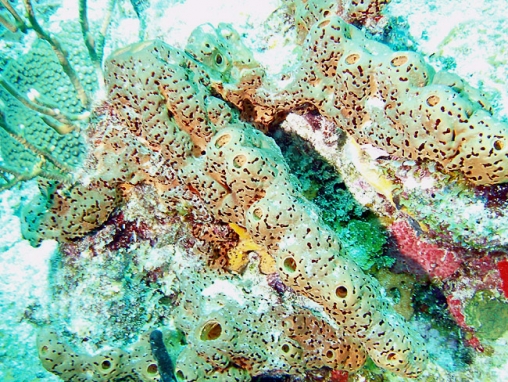 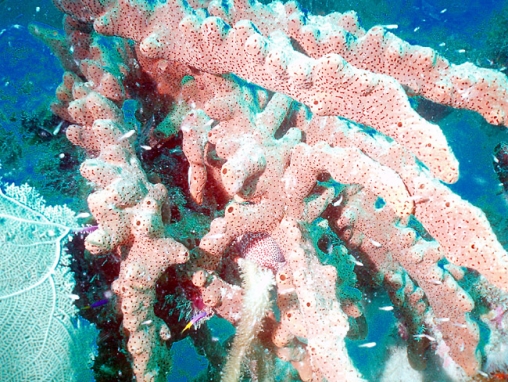 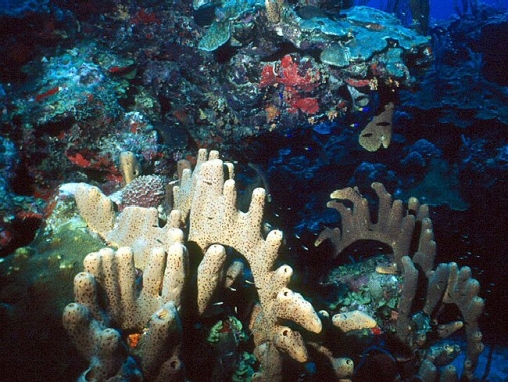 (Schmidt 1870)
These colonies appear identical to Agelas conifera, and have a similar growth form, whereby chains of tubes may form antler-like growths. However, there are two main differences.

Firstly, their colour is more pale being cream to reddish brown in colour.

Secondly, their outer surface is pitted with small but deep depressions, most of which are inhabited (possibly etched by) by a zoanthid.

The two forms are likely to be the same species (S. Zea) although they are clearly distinguishable.