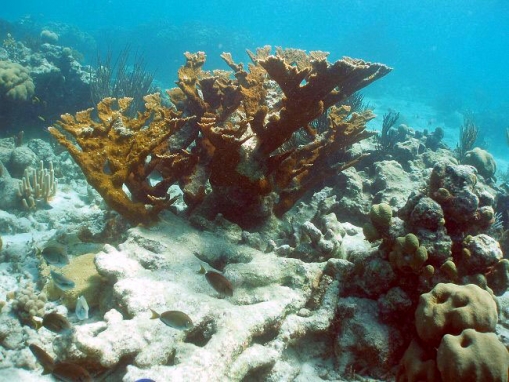 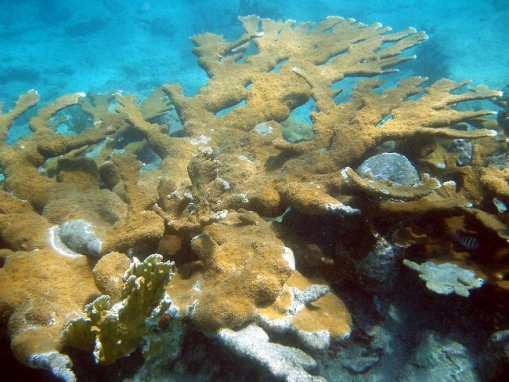 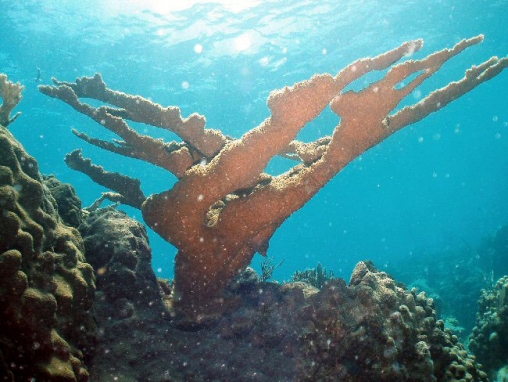 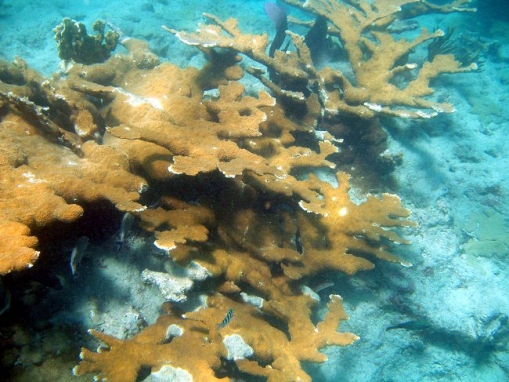 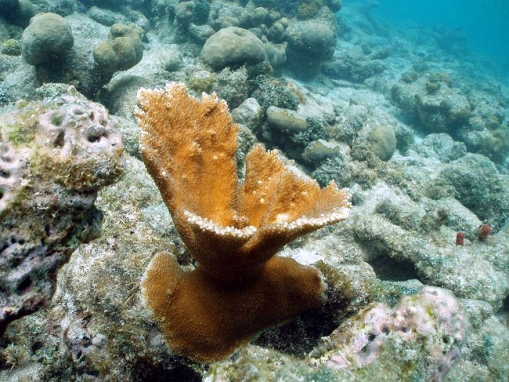 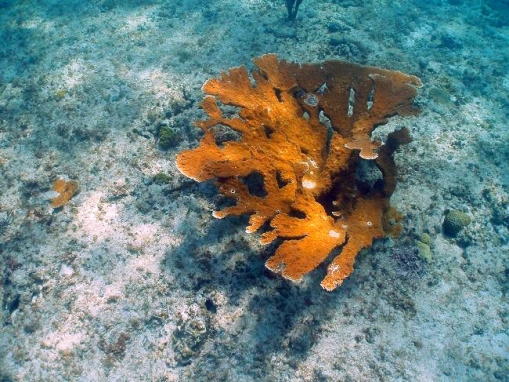 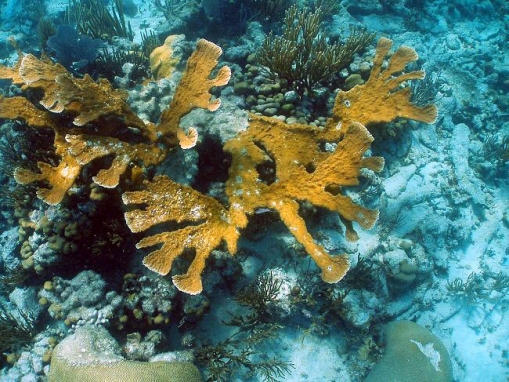 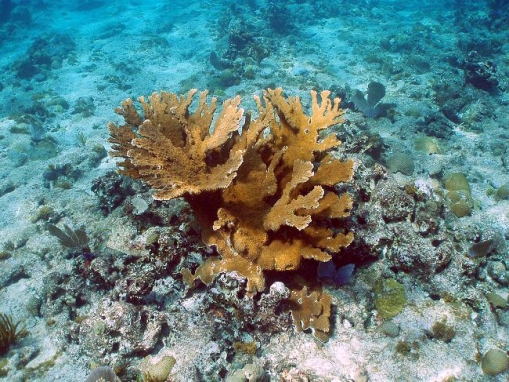 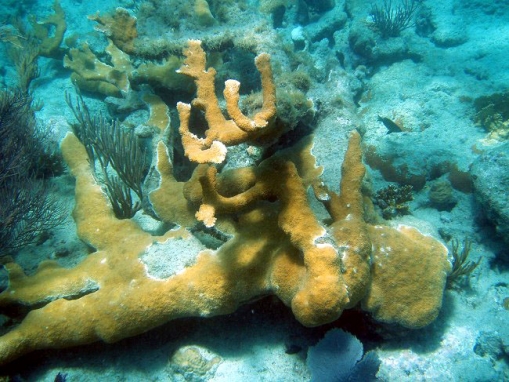 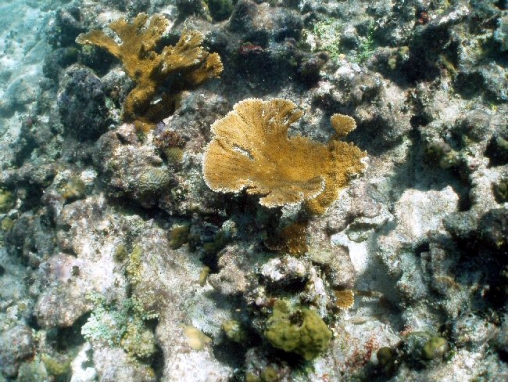 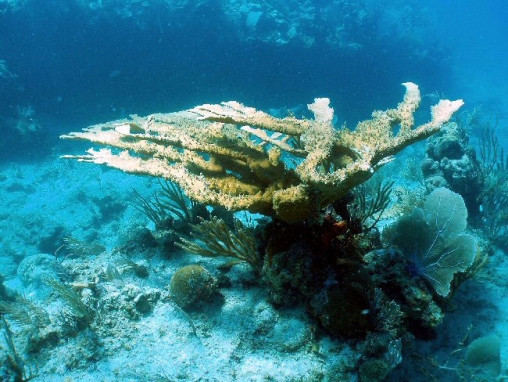 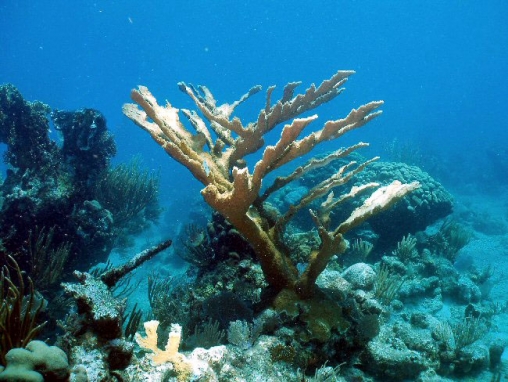 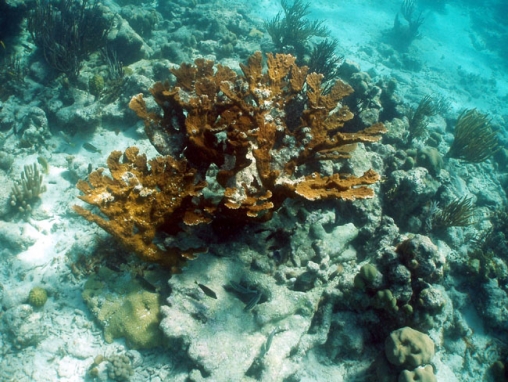 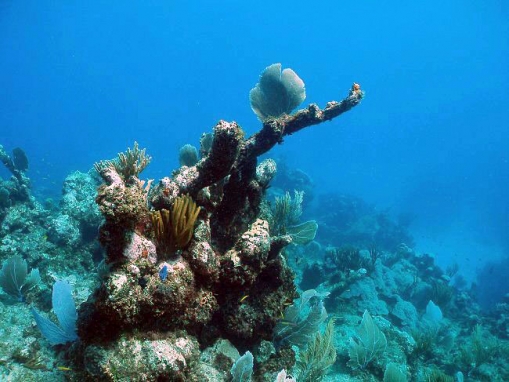 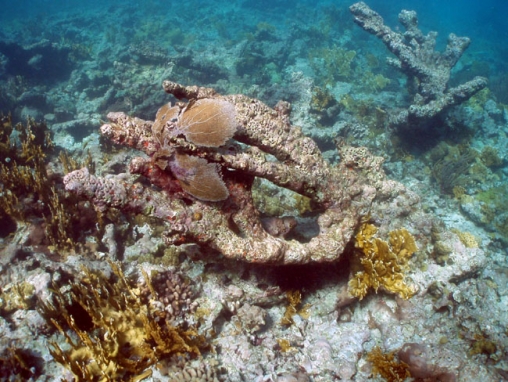 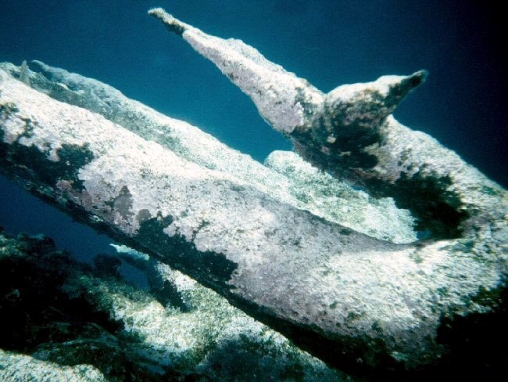 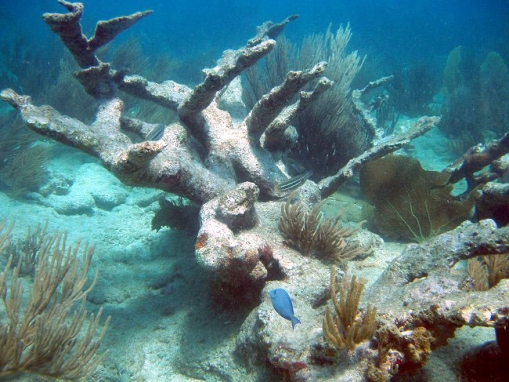 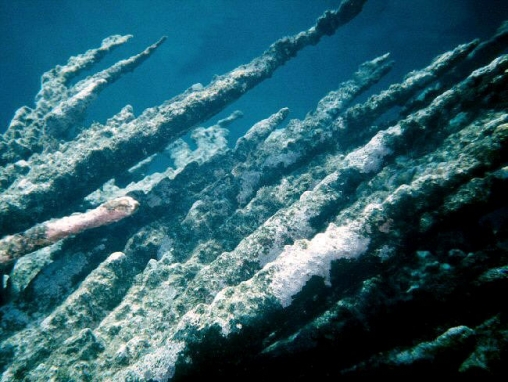 (Lamarck 1816)
An unmistakable coral, commonly called Elkhorn. Branches can be over 2 metres long and as thick as a human body at their bases.

Found in shallow water. Living colonies are yellow, brown or golden in colour.

This coral used to dominate shallow water throughout the Caribbean region, forming dense forests between the surface and about 4 m depth. By many measures this forms the world’s largest coral colonies. In the 1980s it was severely affected by ’white band disease’ which reduced it to a fraction of its former abundance. Its abundance is still kept suppressed by diseases and by other impacts, and in much of the region all Acropora corals are now relatively very uncommon. The last few photos illustrate dead colonies in various stages of disintegration.