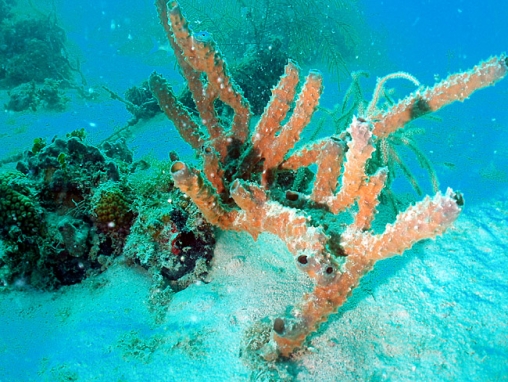 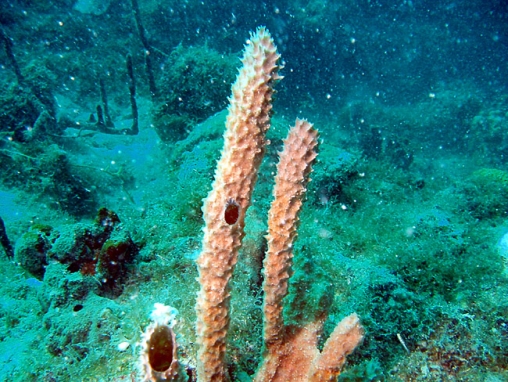 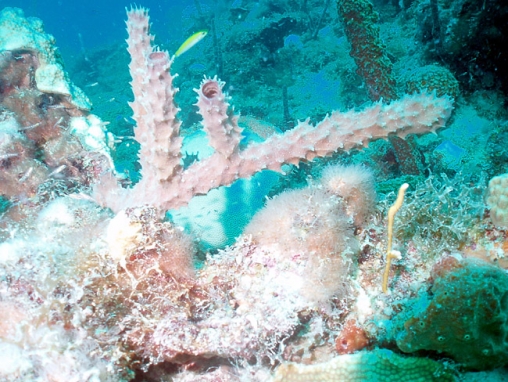 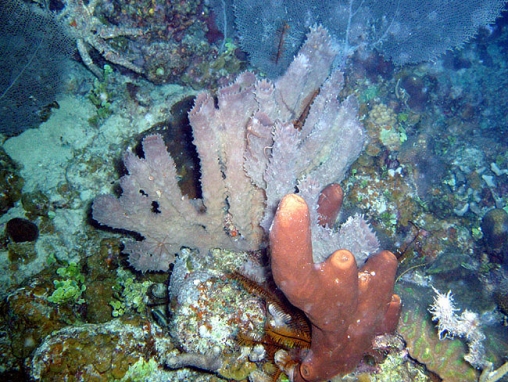 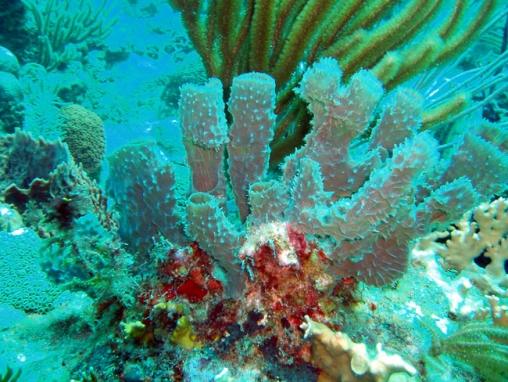 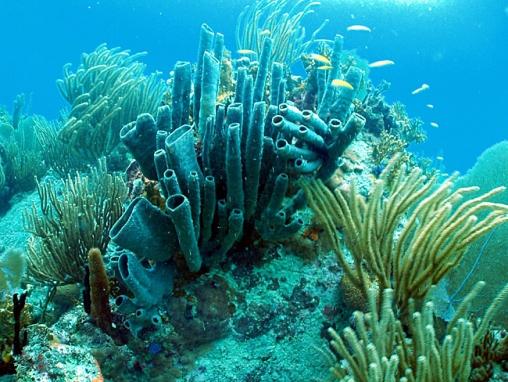 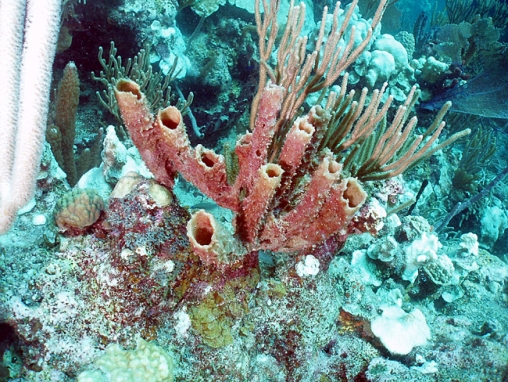 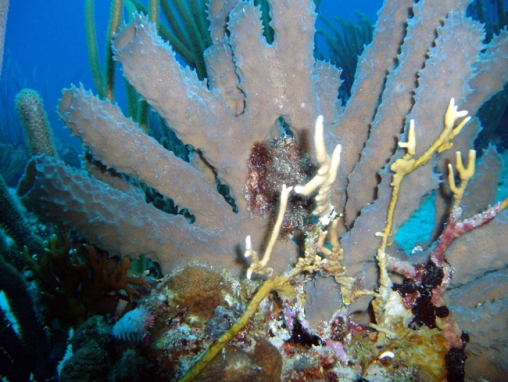 Photo 1 of 8
Callyspongia vaginalis B(Lamarck 1814)
Usually grey, this sponge consists basically of groups of tubes, but thinner and more elongated than the form called A here.

There is a tendency to develop tangled structures, with considerable branching, and branching can occur high up each tube, which distinguishes it from the species called form A here.

The outside of the tubes is sparsely covered with small spiny projections. It has a spiny surface and a ’serrated’ lip. The lip is thin.

Its gross appearance is sometimes like a rope sponge but its apertures are at the ends of branches, not small and scattered along the sides. It is similar to Niphates ramosa.