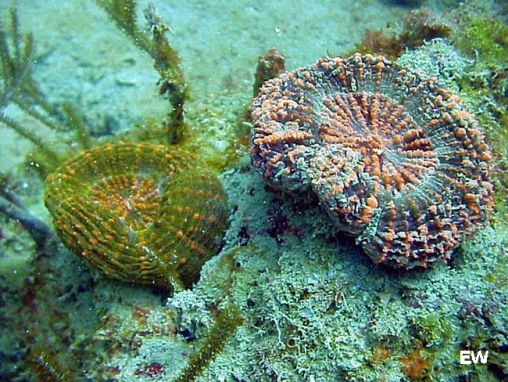 (Pallas 1766)
This species may be the same as Scolymia cubensis, as Veron (2000) points out. Other authorities believe it is a valid species.

When less than full grown the two species are difficult to distinguish. When fully grown, S. lacera reaches a larger size than S. cubensis, and several reports describe S. lacera as being significantly larger, more fleshy, and with a fleshy perimeter that extends further beyond the edge of the limestone calice. It is the coral with the largest polyps in the Caribbean region.