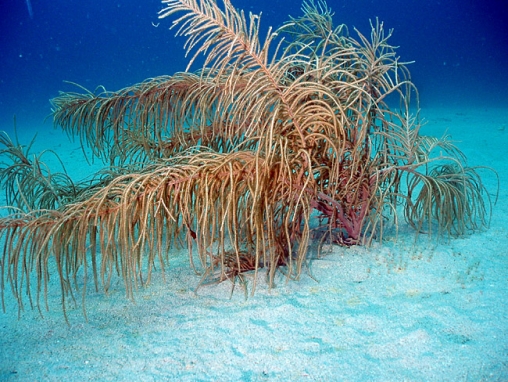 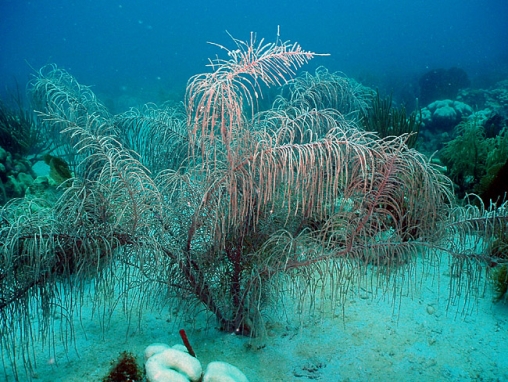 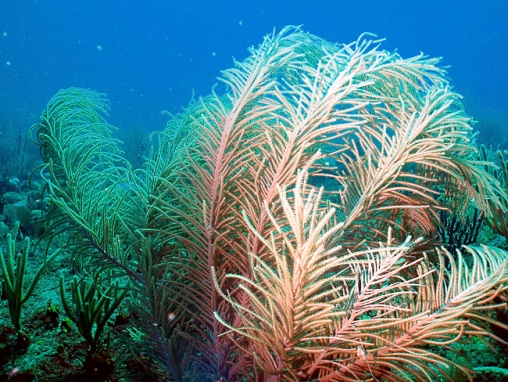 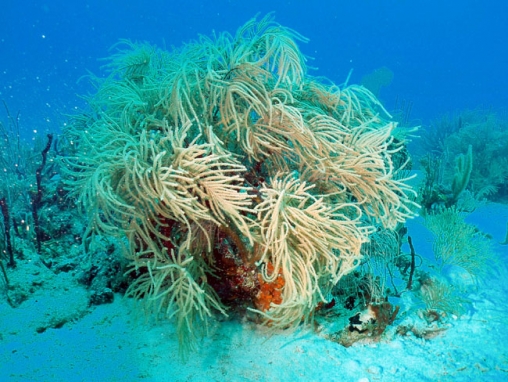 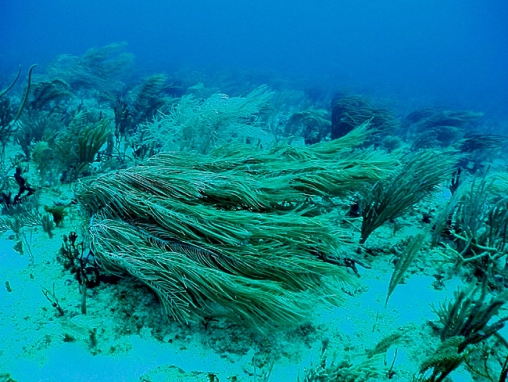 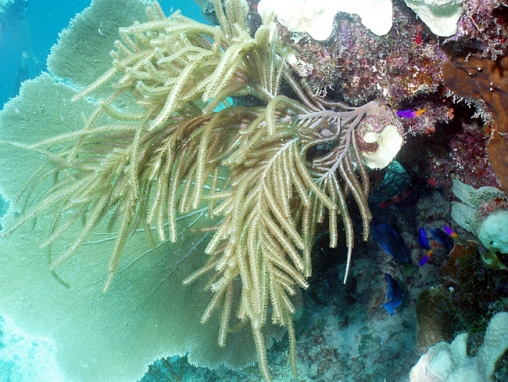 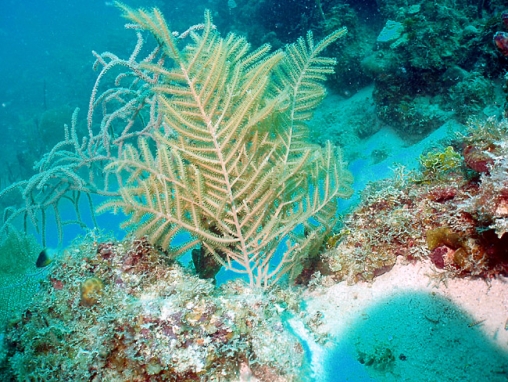 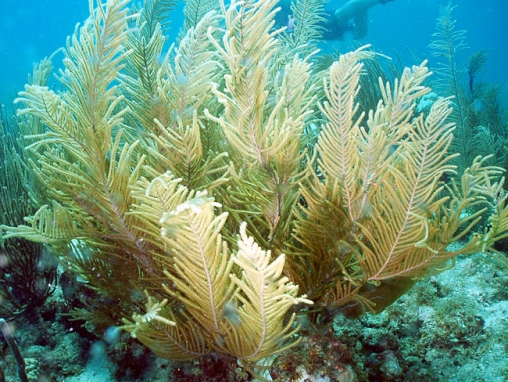 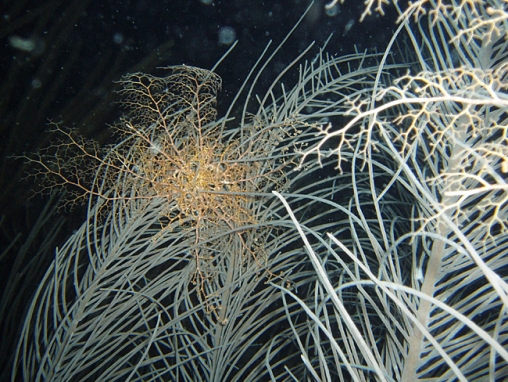 (Pallas 1766)
This species may be confused with P. americana which is very similar. In this collection of P. acerosa and P. americana illustrations, the two forms are clearly distinguished, although the names may be incorrect assigned.

This is a large plume-like gorgonian with long floppy main and secondary branches. It forms some spectacular and gigantic “ostrich feathers”.

It has secondary branches which emerge from opposite sides of the main stem, though usually not at the same level.

Colonies may reach to nearly 2 metres tall and broad.