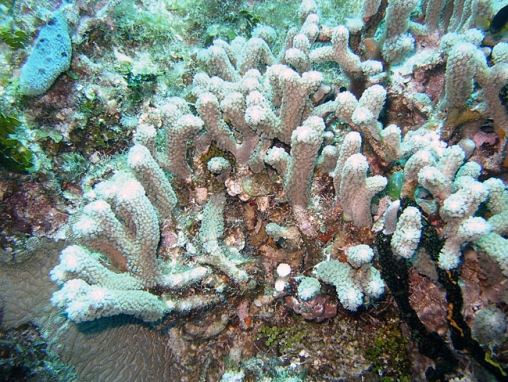 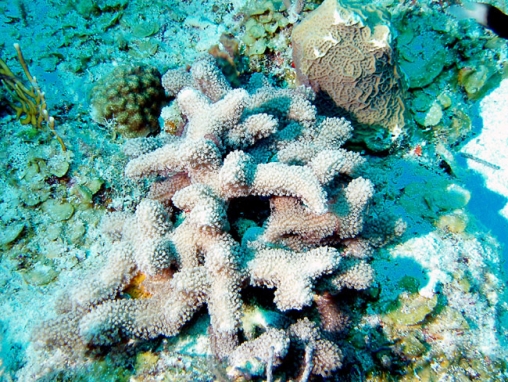 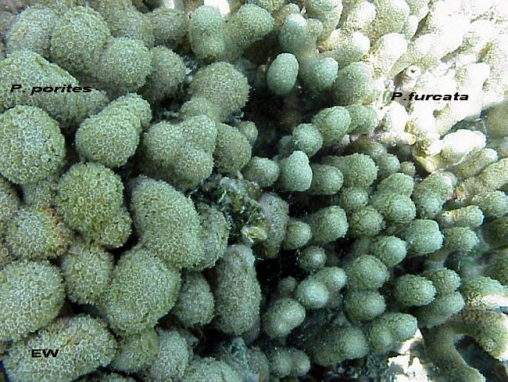 (Lamarck 1816)
Colonies may be extensive, covering many square metres. Branches are thinner than P. porites but are commonly stubby, usually elongate and have rounded tips, and are not as slender or as branched as P. divaricata. They are usually grey.

Basal areas are usually dead. This species forms much of the coral rubble in some areas.