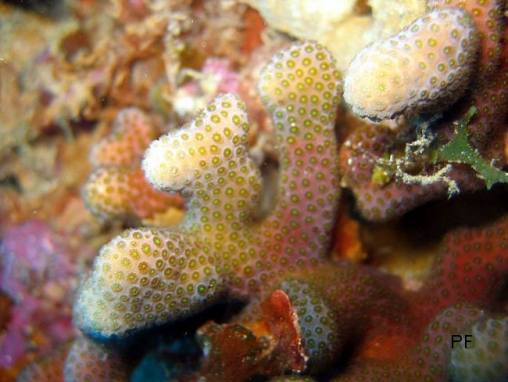 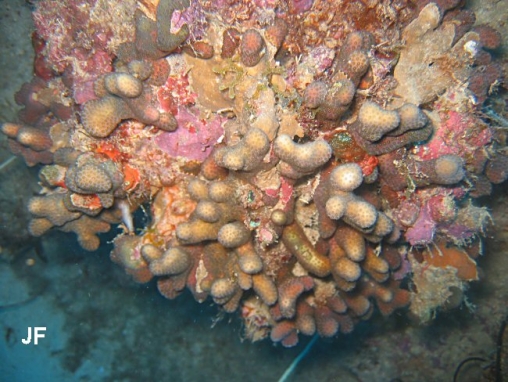 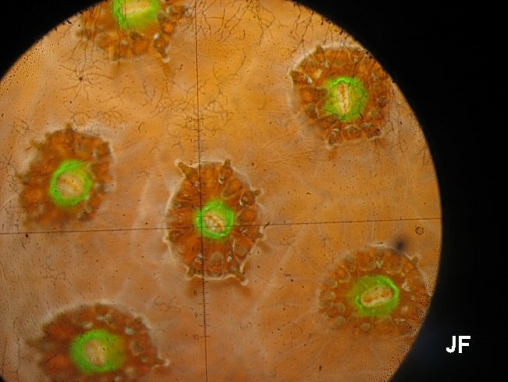 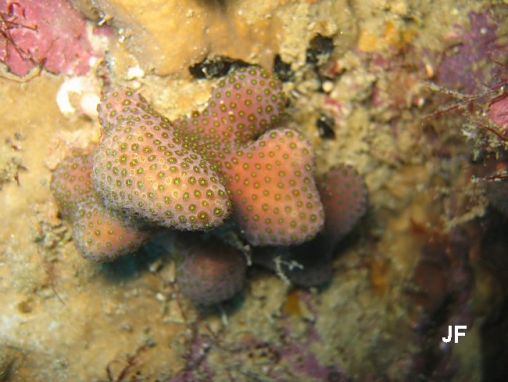 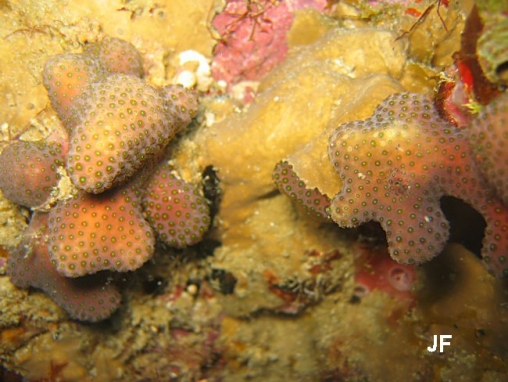 (Wells 1973)
Colonies are branching, each clump being much more irregular than Madracis auretenra. Also the branches also get much longer so the overall colony size is larger. Cross sections of branches are irregular rather than round, and incipient branches cause their tips to become lumpy and club-shaped.

Corallites usually have 8 septa, unlike M. decactis and M. auretenra, which both have 10. It is easily confused with Madracis carmabi, which has the same morphology and which also has 10 septa and is considered by some to be a hybrid species.