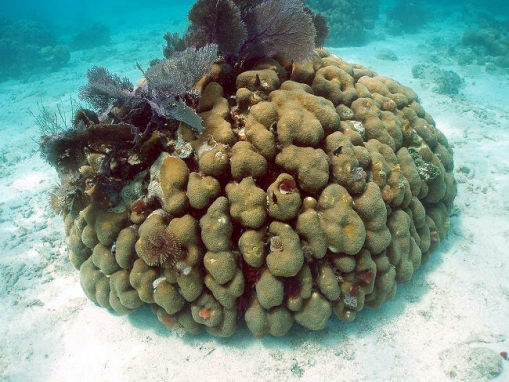 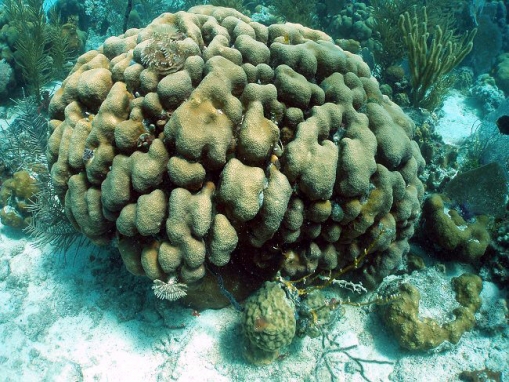 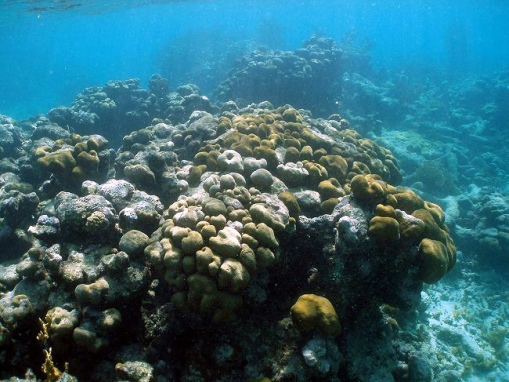 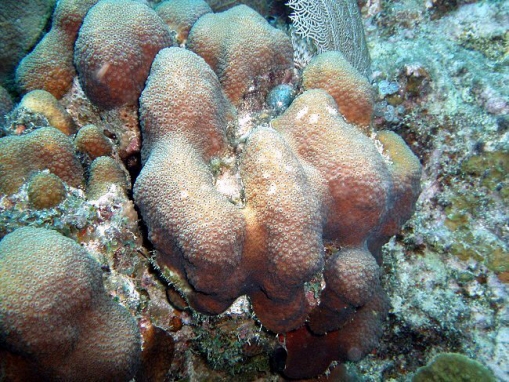 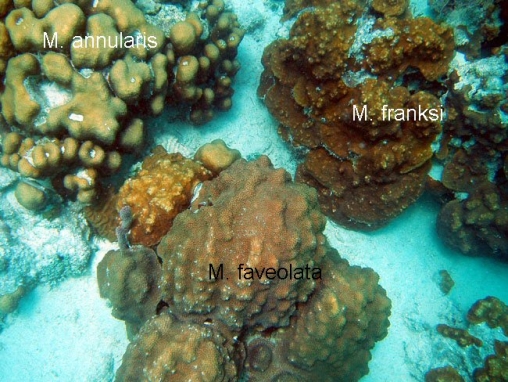 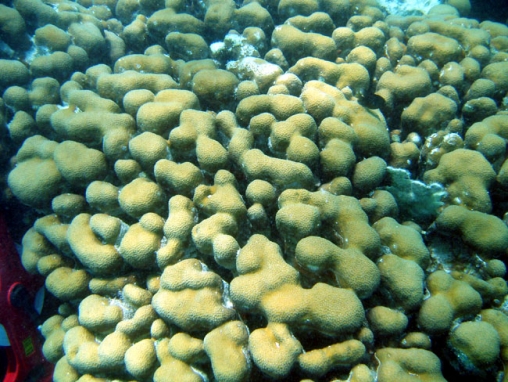 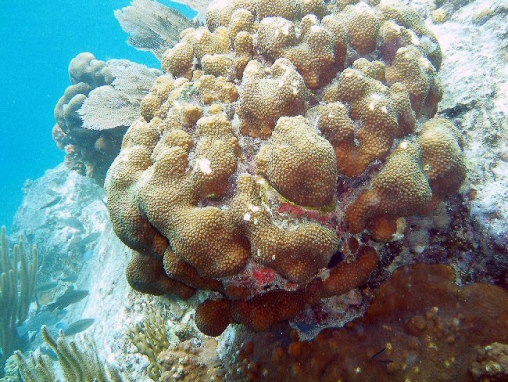 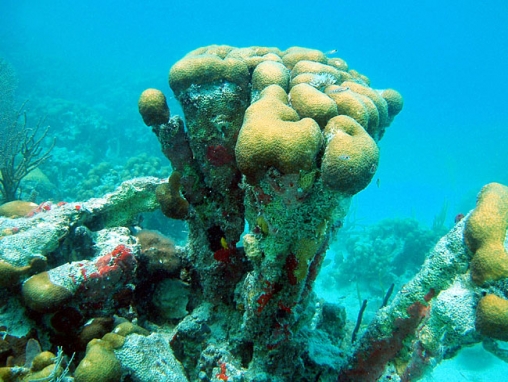 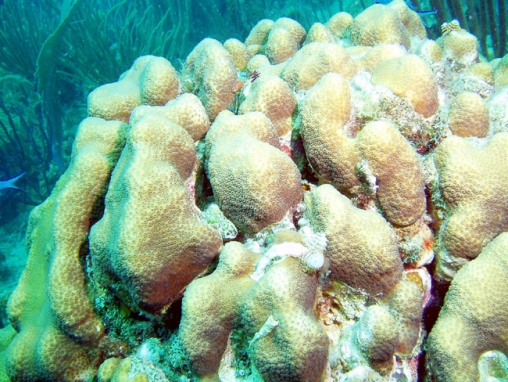 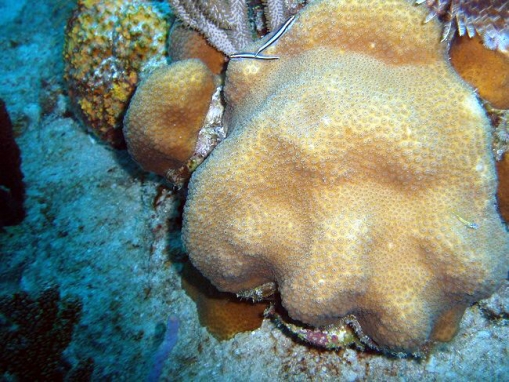 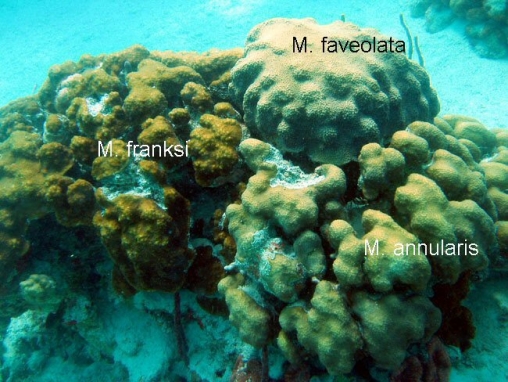 Colonies may reach several metres across and are made of closely packed nodules or wide columns, mostly separated from each other. The surfaces of these are undulating but without irregular knobs. They are not mottled in colour but are usually a uniform tan or greenish brown, yellow-brown or grey. Calices are small, about 2.5 mm diameter.

It can form small plates at colony bases in deep or shaded habitats.

Distinguishing features of the 3 Montastraea species with small calices:
M. annularis - colonies of closely packed, separate nodules or columns, smooth but irregular surfaces. Edges are commonly not growing.
M. franksi - surfaces with scattered lumps, consisting of enlarged or protruding polyps, often pale, and irregular – the mottled colour is associated with the bumps. Gross shape is irregular bumpy mounds and plates. Growing edges contain large and small calices.
M. faveolata - massive with upward projections often arranged in rows running down the sides of colonies, but not separate nodules or columns. Corallite walls are vertical compared with volcano shaped in the other two species. Calices on growing edges are regularly spaced. Gross shape is skirted mounds.