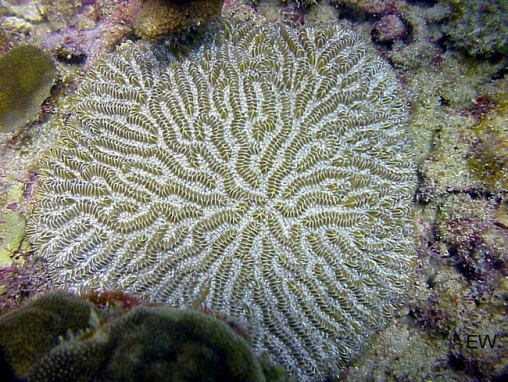 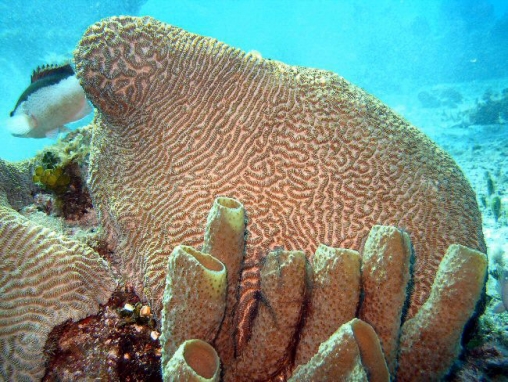 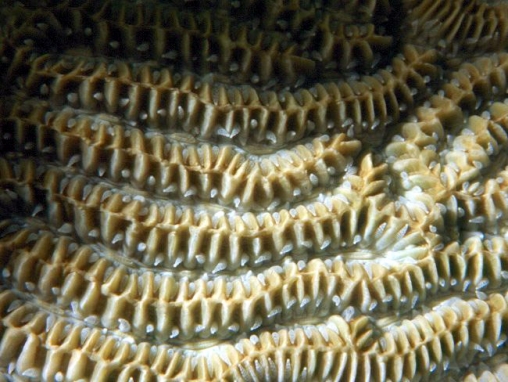 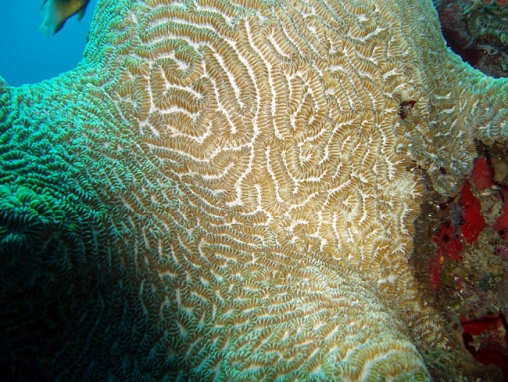 (Pinzon and Weil, 2011)
This is a newly described Meandrina (ref below) that can live in the same habitat as M. meandrites.
Colonies are commonly platy or thickly encrusting, but can form massive shaped colonies. Colonies can be larger than M. meandrites. It has wide valleys and lower ridges than M. meandrites, and is commonly paler in colour.