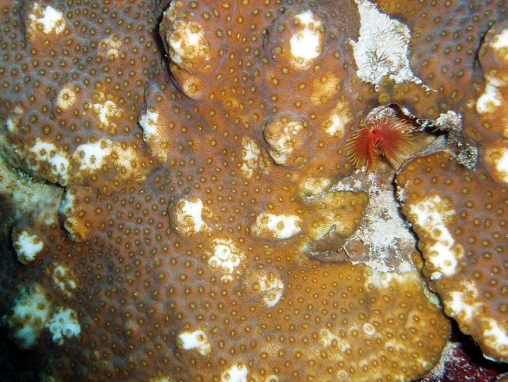 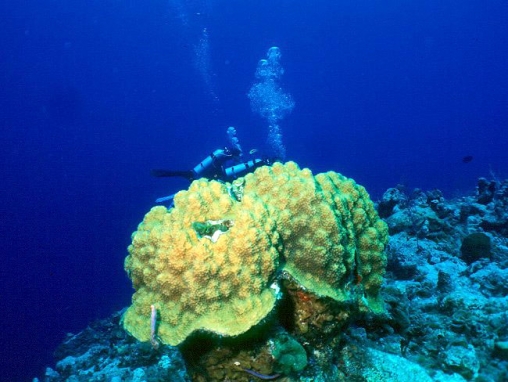 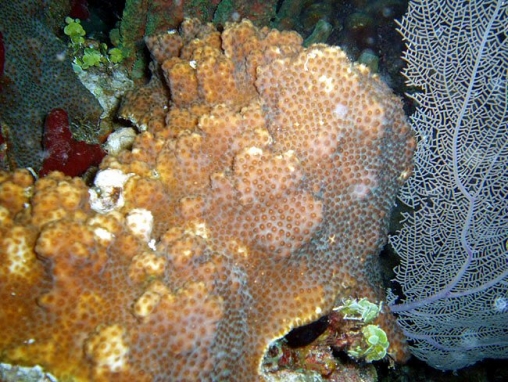 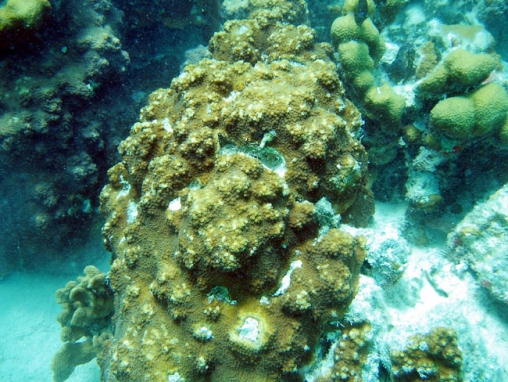 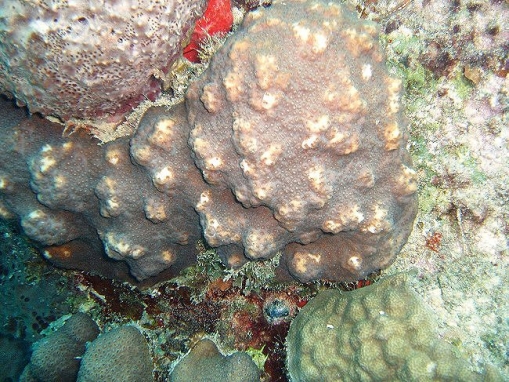 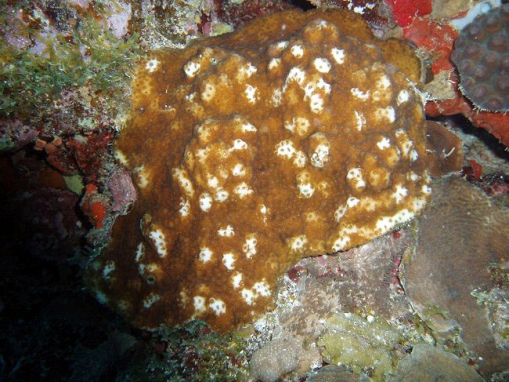 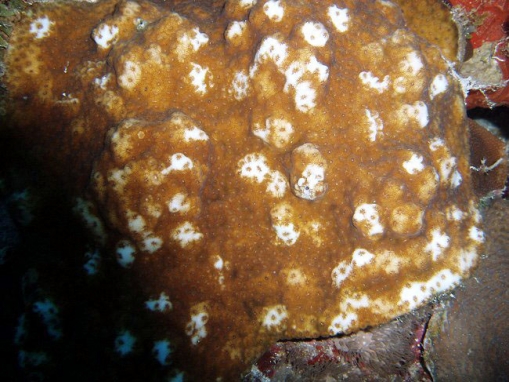 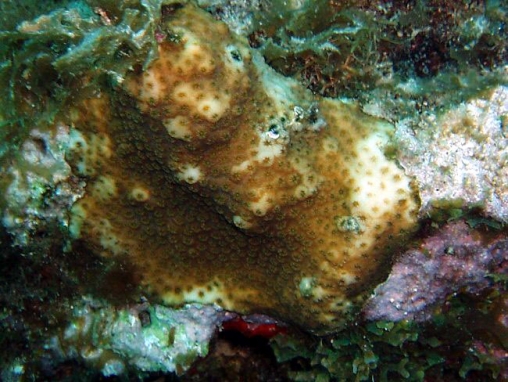 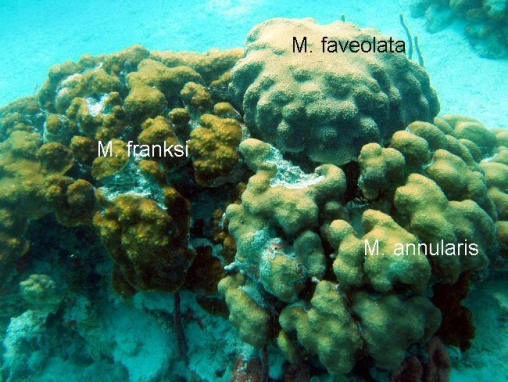 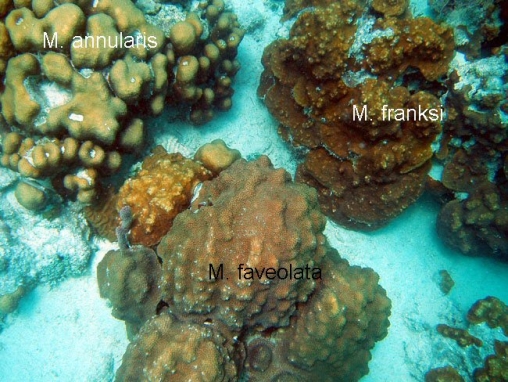 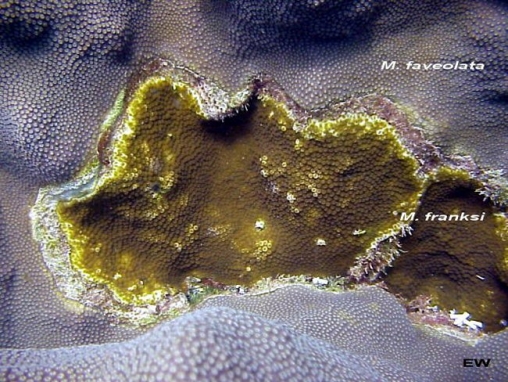 Large massive colonies, with irregular and lumpy surfaces. Colouration is basically orange-brown with many pale patches on the lumpy surface, but may be grey or greenish-brown. This species mostly grows in the open like other species of this genus but smaller, encrusting colonies are common in shaded overhangs.

Calices are small, about 3.5 mm in diameter but are slightly larger than the other small Montastraea species. It is uncommon in very shallow water, but becomes common deeper.

Distinguishing features of the 3 Montastraea species with small calices:
M. annularis - colonies of closely packed, separate nodules or columns, smooth but irregular surfaces. Edges are commonly not growing.
M. franksi - surfaces with scattered lumps, consisting of enlarged or protruding polyps, often pale, and irregular – the mottled colour is associated with the bumps. Gross shape is irregular bumpy mounds and plates. Growing edges contain large and small calices.
M. faveolata - massive with upward projections often arranged in rows running down the sides of colonies, but not separate nodules or columns. Corallite walls are vertical compared with volcano shaped in the other two species. Calices on growing edges are regularly spaced. Gross shape is skirted mounds.