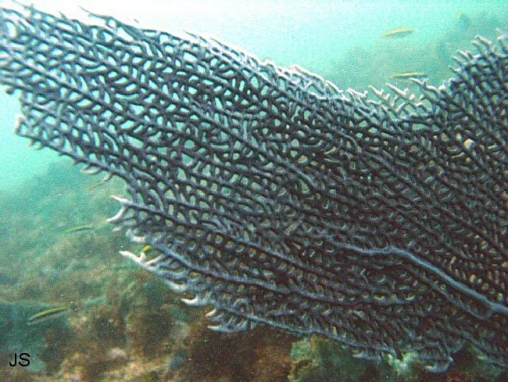 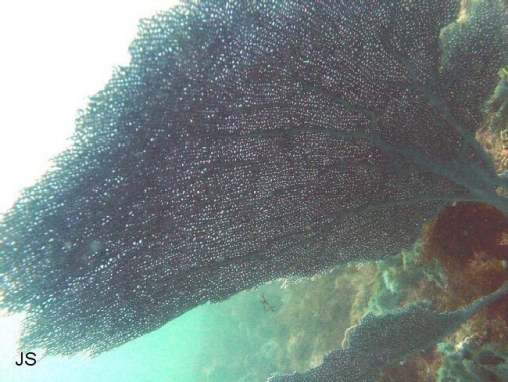 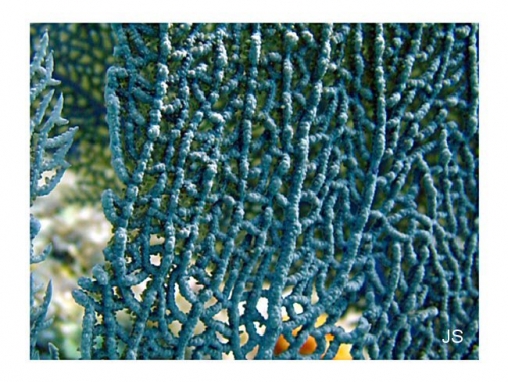 (Linnaeus 1758)
The two large species of this genus are the characteristic seafans. They are often difficult to distinguish, and both form a lattice of branches, mostly in one plane which may be orientated across the prevailing current. Both may exceed 1.5 metres tall and wide.

The fine branches of G. ventalina are slightly compressed in the plane of the fan (i.e. flattened on their outer surface), while those of G. flabellum are compressed, usually strongly, at a right angle to the plane of the fan (i.e. on their inner edges). This needs close -up observation to distinguish; otherwise, the presence of side growths on G. flabellum fans, and a slightly more ragged appearance, is the only reasonably consistent way to distinguish between the two species.