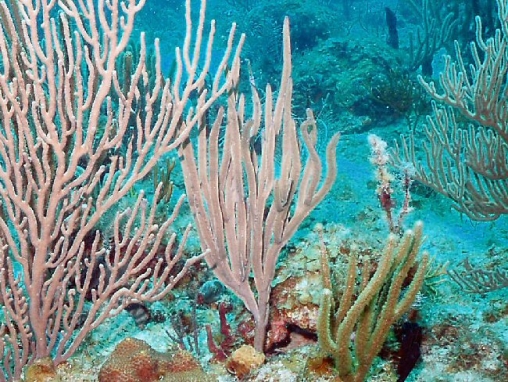 (Duchassaing 1846)
The branches of this genus of gorgonia are flattened. In Pterogorgia guadalupensis the cross-sections of branches are generally ribbon shaped.

Colonies are a little smaller than P. anceps. Polyps emerge from groves along the edges of the blades, and these grooves may be used to distinguish small colonies of this species from those of P. citrina whose colonies generally are much smaller, rarely exceeding 0.5 m tall.