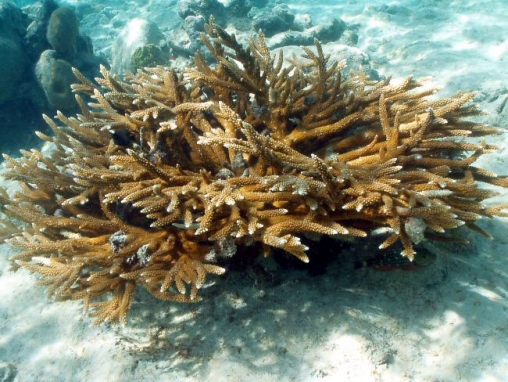 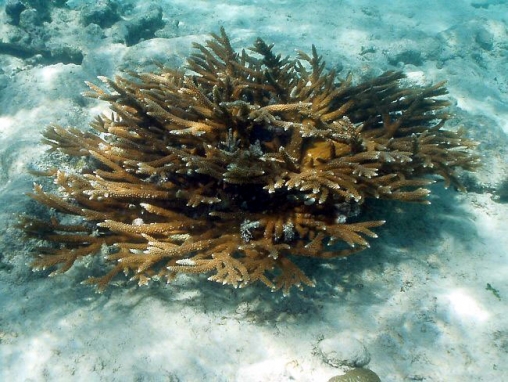 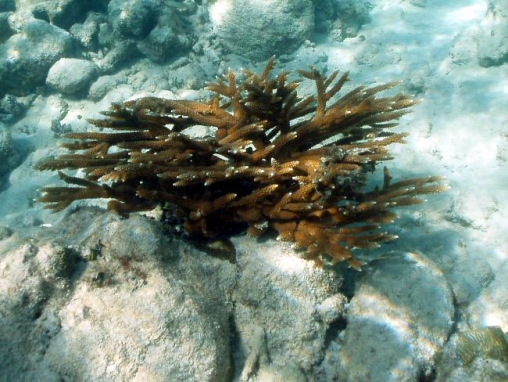 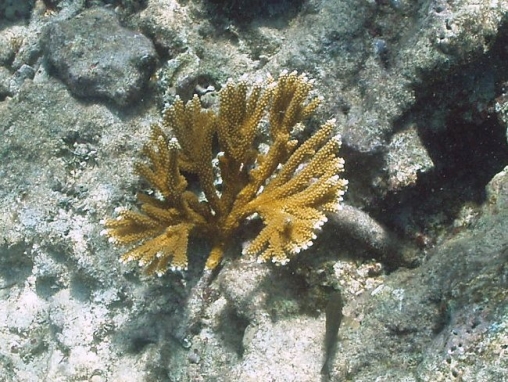 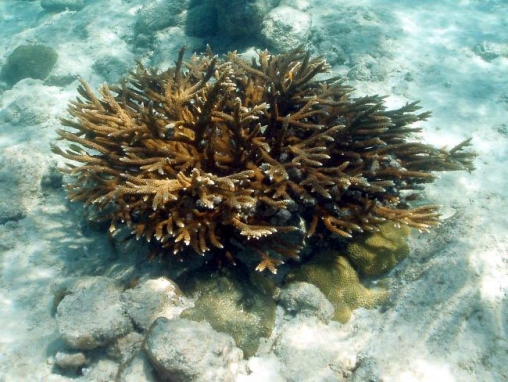 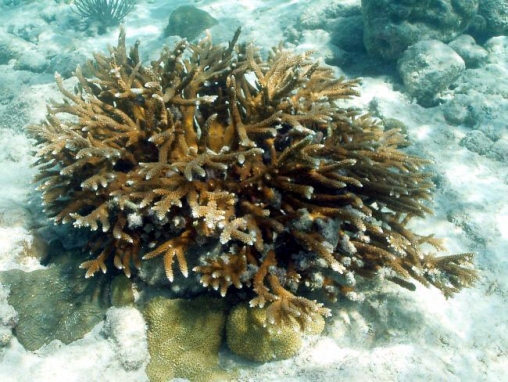 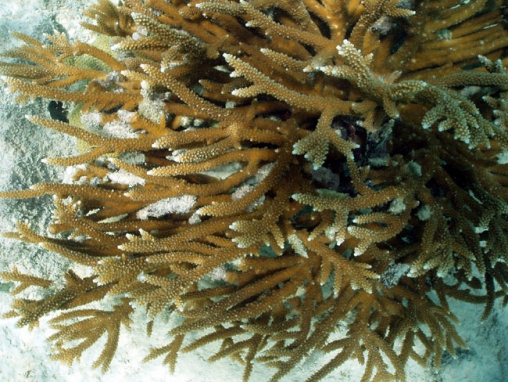 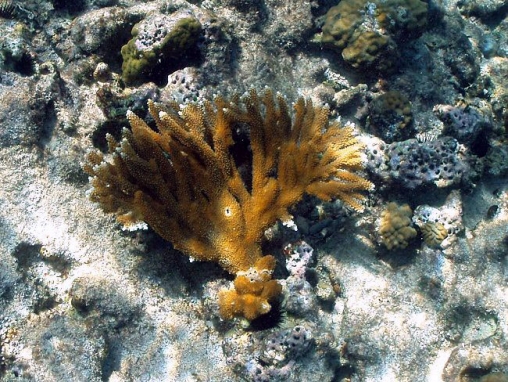 (Lamarck 1816)
It has been confirmed by genetic studies that this this is a hybrid between the two other Atlantic Acropora species. It is retained here as a ‘species’ because of its distinctive forms.

It generally has a more stocky appearance and more densely packed branches than Acropora cervicornis with which it could be mistaken. Branching tends to be in near-horizontal, sometimes almost fan shaped spreads, branchlets commonly developing towards the ends of branches.

Found in shallow water, but is now uncommon. Living colonies are yellow, brown or golden in colour. It is distributed throughout the Caribbean, from the Bahamas in the northern edge to Venezuela and Colombia in the south.