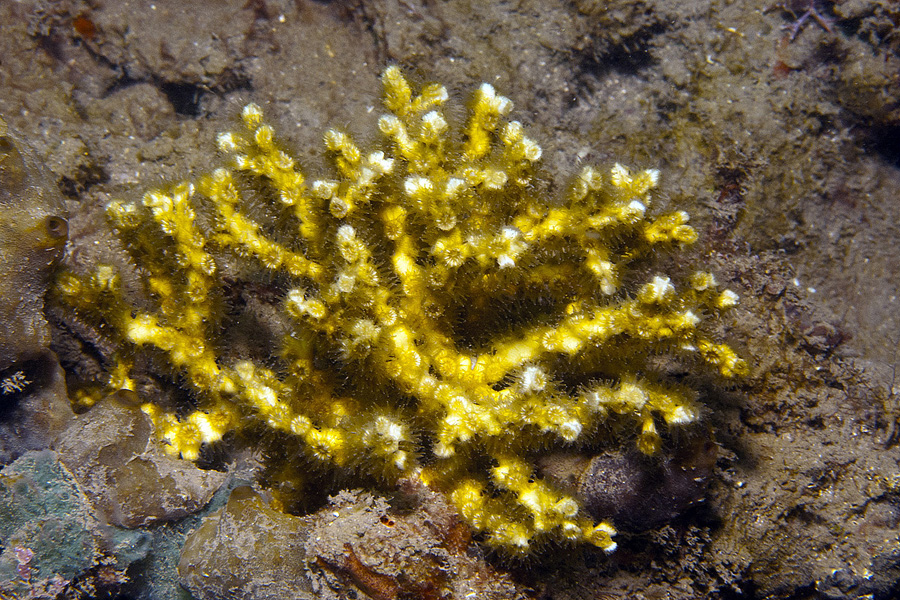 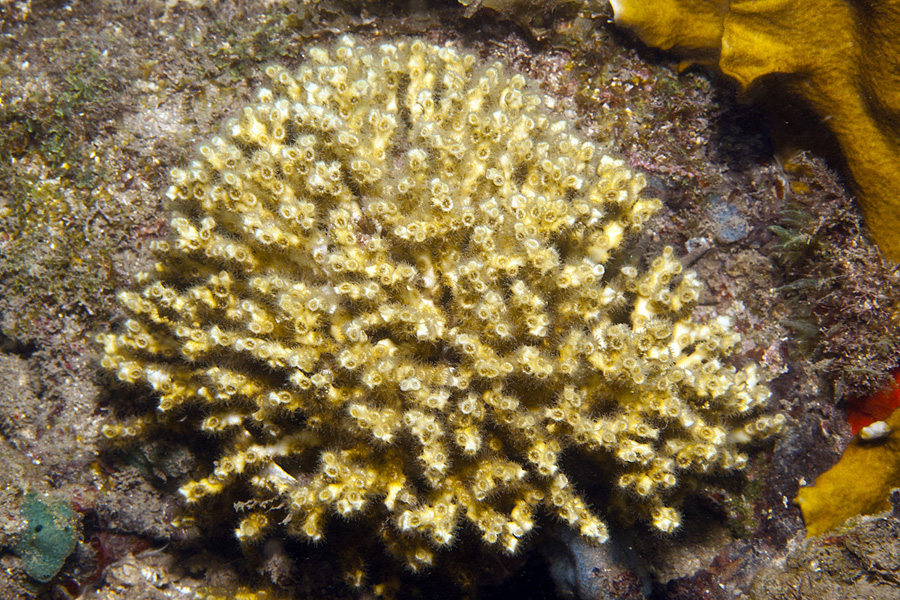 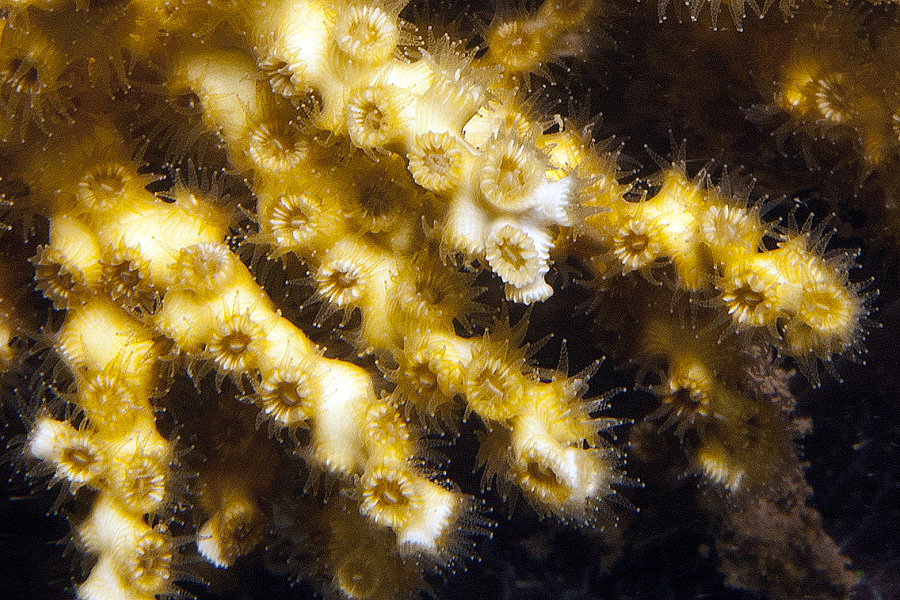 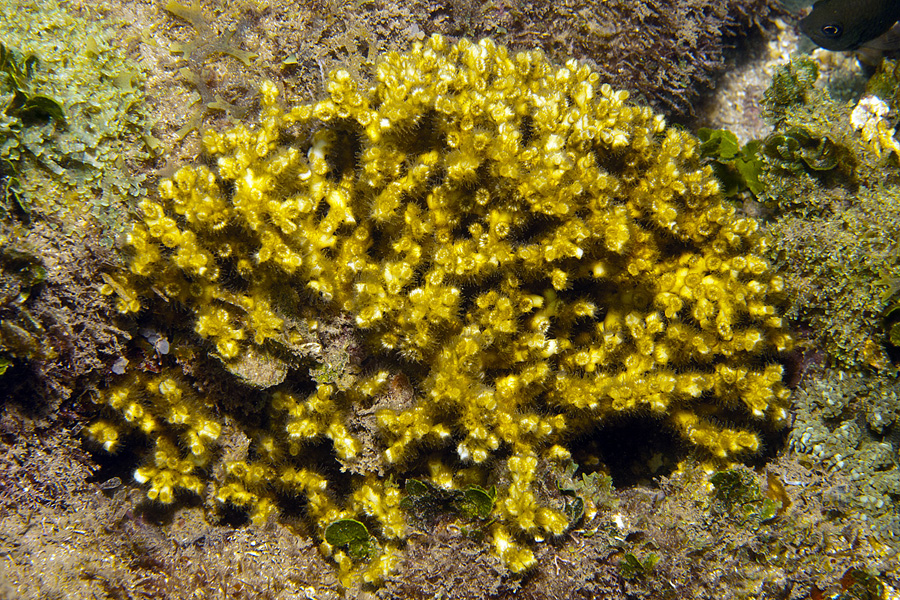 (Lamarck 1816)
Commonly called the ‘Ivory Bush Coral’ this species forms densely branching colonies up to about a third of a metre across. Branches are commonly about 1 cm diameter, supporting polyps of about 0.5 cm diameter. Basal parts of branches may be encrusted with other organisms. Tentacles are commonly extended during the day. This species is most common in turbid or sedimented locations, and it tolerates large changes in temperature and salinity. Azooxanthellate colonies are pale or white. A second species, Oculina varicosa (Lesueur 1821) is rare and has distinctively different exert corallites, and it can form extensive banks.