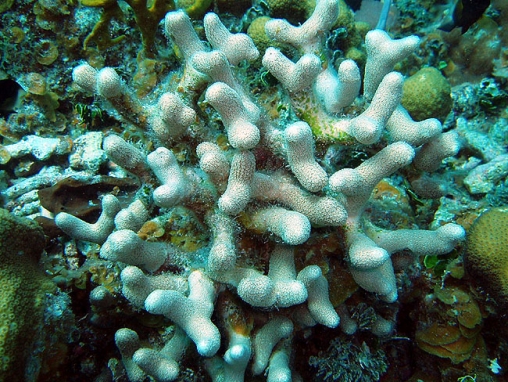 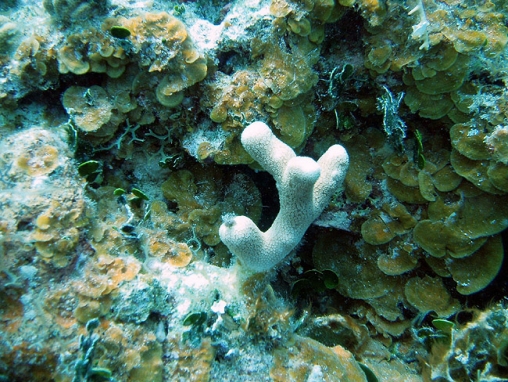 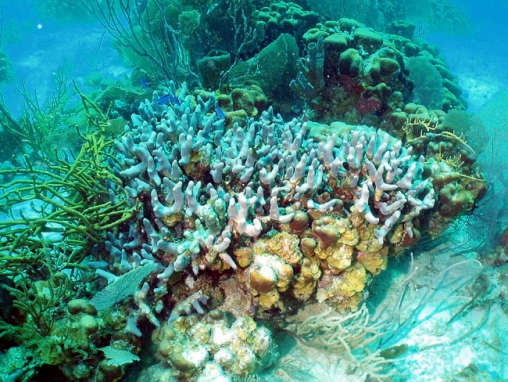 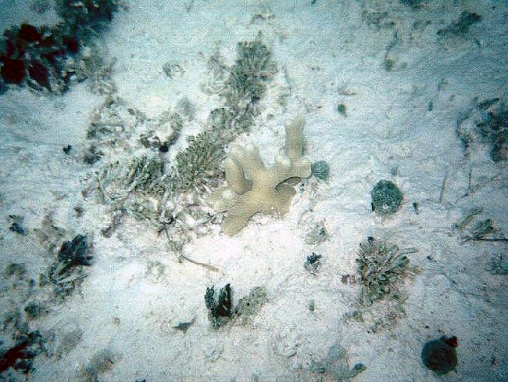 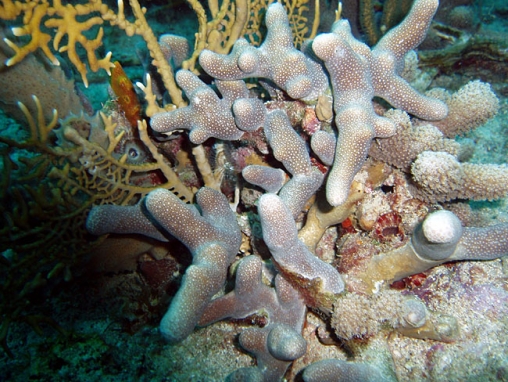 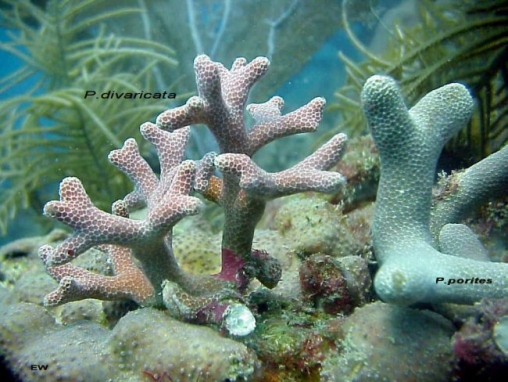 (Lesueur 1821)
Branching colonies, which may cover up to 1 or 2 square metres, but usually this species is found in small clumps. The branches of this species are more widely spaced and open than the two other branching Porites and frequently divide near their tips. Branches are slender, and may be at right angles to their main stem.